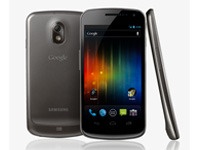 The wait is over and the combined forces of Samsung and Google have finally announced their latest offering, the Samsung Galaxy Nexus. Currently, it's the only device in the Android kingdom to run the new version of Android OS - Ice Cream Sandwich.

The device will be available in 16 and 32 GB versions, and is expected hit Asian markets in the month of November.