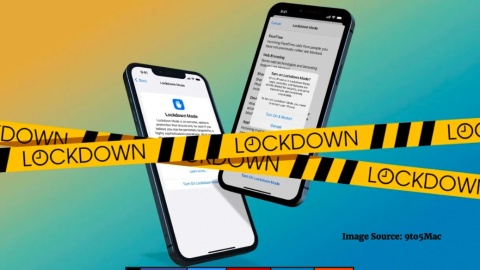 Apple's new "lockdown mode" on the iphones, iPads and Macs could be capable of stopping hacking efforts from targeted spyware such as Pegasus. Given the propensity of such spyware targeting small groups, this new feature could render the devices safe against repressive regimes as well as nefarious groups.

Apple claimed to have identified Pegasus-type attacks on users across 150 countries over the past eight months and said the lockdown mode would arrive later this year and be available for free to users of its devices. The company is also committing to regular updates and improvements besides setting up a grant to fund bug bounties programs.

This isn't the first time Apple has gone to town about its gadgets being the most secure and privacy-focused ones on the market. The company now announced a $10 million grant and up to $2 million bug bounty to encourage research into this growing threat that governments use to snoop in on human rights workers, lawyers, politicians and journalists.

The lockdown mode would activate extreme protections to the iPhones such as blocking all attachments and link previews in messages, potentially hackable web browsing technologies and incoming FaceTime calls from unknown numbers. The devices also won't accept accessory connections unless the device is unlocked.

The new feature is already available in test software being used by developers this summer and will be released for free publicly in the fall as part of iOS 16, iPadOS 16 and MacOS Ventura. "While the vast majority of users will never be the victims of highly targeted cyberattacks, we will work tirelessly to protect the small number of users who are," said Ivan Krstić, Apple's head of security engineering and architecture, in a statement.

Lockdown Mode is a groundbreaking capability that reflects our unwavering commitment to protecting users from even the rarest, most sophisticated attacks.