Home » News » Mark Zuckerberg’s dream of creating a cryptocurrency has been crushe...

Mark Zuckerberg’s dream of creating a cryptocurrency has been crushed | TechTree.com

Mark Zuckerberg’s dream of creating a cryptocurrency has been crushed 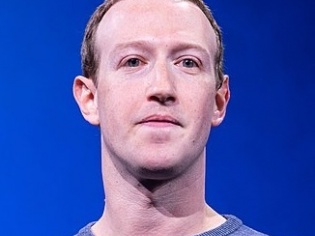 After endless congressional hearings and multiple rebrands, in addition to several high-profile staff departures, the Meta’s cryptocurrency known as Diem is waving the white flag.

Diem sold its assets for $200 million to a crypto-focused bank it was working with to attempt to launch a stablecoin pegged to the U.S. dollar.

The decision to sell came after it “became clear from our dialogue with federal regulators that the project could not move ahead,” Diem CEO Stuart Levey said in a press release. The U.S. Federal Reserve was a key opponent to the launch of Diem.

"The sale of Diem’s assets marks the end of an effort that, in retrospect, was doomed from the start." – Stuart Levey

When Facebook first announced its intention to design a cryptocurrency and payment system in 2019, they were swiftly bombarded with a barrage of criticism.

Meta’s not exactly known for privacy and security, so "The idea of Facebook doing a cryptocurrency was a bridge too far for regulators." Those were the words of one analyst. “They have made it clear they don't trust Facebook with what they are doing now, so sure as heck were not going to let it go into the money business.”

Given the recent growth of the stablecoin market, governments around the world are taking notice and considering legislation. The US Treasury believes that stablecoins should be regulated, just like banks. The White House is also planning to direct federal agencies to regulate cryptos as a matter of national security.