A sick student in Germany can stay at home and have a robot replace them in the classroom. 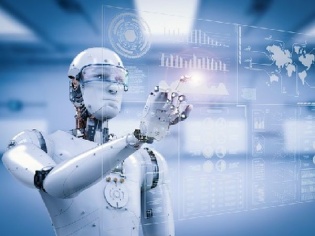 Let’s say your child is too sick to go to school due to a severe lung disease, as was the case with a child Germany, then a robot can take their place in school.

The lung disease was so severe that the German child had to wear a breathing tube around his neck, so this robot allowed him to receive an education while he recovered at home.

The robot has a camera and an audio receiver that transmits the signal directly from the classroom to the child’s home, and the class can be attended through a tablet or a laptop.

The robot’s speaker allows the sick child to communicate with classmates and the robot is also equipped with signal light that flashes, which will let the teacher know when the child wants to speak.

The flashing is done through the robot’s eyes, so the robot will literally blink when the child has something to say.

The robot also attracts plenty of attention in the classroom. One German school principal said that the sick child’s classmates tend to excitedly gather around the robot.

However, the sick child’s classmates are waiting for the sick child to actually overcome his illness and have a physical presence in school.

The original purpose of the robot was to support kids affected by COVID-19 but this technology is applicable to children suffering from any disease that prevents them from leaving the house.