Samsung’s Galaxy A03 Core is ready to take on JioPhone Next | TechTree.com

The battle of budget devices is never ending in India 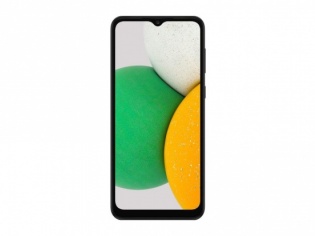 Samsung has been focusing on mid-range and premium products for some time now because that’s where the prestige is, but it’s the budget segment that will determine how much successful a smartphone maker is.

Samsung is now targeting this all-important budget segment with the Galaxy A03 Core. The phone has been launched with minimal fanfare and will compete with JioPhone Next in the budget category.

Both models come in Black and Blue and have an all-plastic finish.

Samsung Galaxy A03 Core is a bit different from Galaxy A03 that Samsung unveiled globally recently. It is a follow-up to the Galaxy A02 announced late last year.

Galaxy A03 Core has a 6.5-inch Infinity-V display, an octa-core processor and a 5000mAh battery.

The phone is powered by an 8-core Unisoc SC9863A chip which is paired with 2GB RAM and 32GB storage. This is expandable up to 1TB to help in smooth multitasking.

Galaxy A03 Core is equipped with 5MP front camera and a 8MP rear camera with f/2.0 aperture for bright photos