Last time Twitter tried to introduce a shopping feature, things didn’t work out. Will they have better luck this time around? 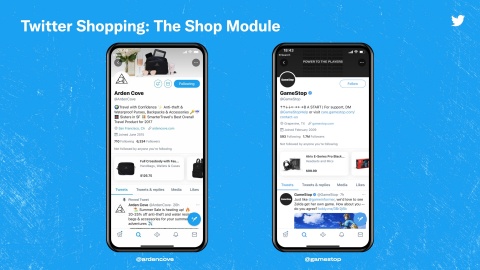 Twitter's previous attempt at making its platform friendly for shopping and business failed miserably. Twitter may be a good microblogging site for spreading news, but it hasn't been able to crack the online shopping space yet. But they must get into it so they can further monetize their platform.

Given this situation, Twitter has partnered with Walmart in order to test a live shopping feature that will let users buy products promoted during a real-time video broadcast. The event will be on November 26 and is appropriately timed to coincide with the peak shopping season in the US and other countries.

"We are conducting our first test of Live Shopping in collaboration with Walmart, where they will be kicking off Cyber Week with singer, songwriter, dancer and social media superstar Jason Derulo for the first-ever shoppable livestream on Twitter," Twitter announced

"Starting at 7pm ET on Sunday, November 28, people can watch and shop from @Walmart (on iOS and desktop), where Jason will host a 30-minute variety show highlighting electronics, home goods, apparel, seasonal décor, surprise special guests and much more," it said.

Twitter’s live-stream shopping will let users tune into the live broadcast and shop at the same time below the video feed. When they make a purchase they’ll be sent to Walmart’s site to complete the transaction.