Users Who Want to Sideload Apps Can Use Android: Apple CEO Tim Cook

Sideloading means to download apps directly from the Internet instead of an App Store or Play Store. 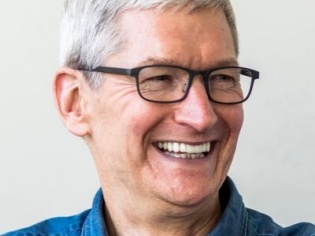 Tim Cook has compared sideloading of apps to an automaker selling a car without a seatbelt or airbag.

“If you want to sideload, you can buy an Android phone.” Tim Cook said while speaking at The New York Times 'DealBook' summit.

“From our point of view, it would be like if I were an automobile manufacturer telling [a customer] not to put airbags and seat belts in the car. He would never think about doing this in today's time. It's just too risky to do that. And so it would not be an iPhone if it didn't maximize security and privacy.” Tim Cook added.

Sideloading means to download apps directly from the Internet instead of an App Store or Play Store. Sideloading allows users to literally sidestep Apple and Android’s regulated online marketplaces. Apple doesn’t allow users to download apps from third-party app stores but Google is fine with it, even though Google does warn users to avoid third-party marketplaces for security reasons.

Apple is against sideloading because it would make the iPhone less secure, less trustworthy, because Apple won’t be able to vet apps and developers and if the vetting process is done away with, then malicious actors are more likely to do serious harm to users. Apple screens all apps and app updates for malware, chain attacks, and any other digital infections. Also, app developers themselves would be more vulnerable to hacks and threats without Apple’s tight security.