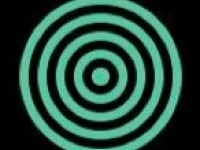 Phhhoto, former small-time Instagram rival, is suing Facebook (now Meta), over the fact that Facebook violated antitrust laws by cloning a competing product, which resulted in the death of that competitor’s business.

Phhhoto was launched in 2014, and it was an app for users to create and share short GIF-like looping videos. Sounds familiar? That’s because Instagram’s Boomerang is exactly the same.

“On or about August 8, 2014, Zuckerberg downloaded and installed the app onto his phone, entered the phone number of his device into the Phhhoto app, created a personal account, and posted a profile picture of himself (reproduced below) to his new Phhhoto account.” – The lawsuit reads. The lawsuit even includes the selfie that Zuckerberg took of himself as he was testing the app and preparing to steal the feature.

The suit alleged that Bryan Hurren, Facebook’s strategic-partnerships manager, wanted to partner with Phhhoto, a partnership that would integrate Phhhoto into Facebook Messenger.  But Phhhoto declined. After that Facebook offered another integration opportunity – to integrate Phhhoto technology into Facebook’s Newsfeed, which Phhhoto accepted. But no meaningful progress was made on the collaboration because Facebook kept stringing Phhhoto along.

In March 2015, Instagram unexpectedly cut Phhhoto off from its “Find Friends” feature, the suit claims. It is worth noting that only hours before Phhhoto was set to announce its launch on Android, Instagram announced the launch of its own looping-photo feature, the suit added.

On October 22, 2015, the day Phhhoto was set to launch an Android version of its app, Instagram launched Boomerang on the very same day, literally hours before Phhhoto was to launch an Android version of their own app. The lawsuit identifies Boomerang product manager John Barnett as an “active Phhhoto user. At the time of launch, many in the tech industry pointed out that Boomerang was an imitation of Phhhoto.