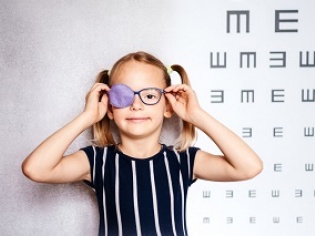 Virtual Reality (VR) is mostly associated with gaming, but the United State's FDA recently approved it for treating a lazy eye (amblyopia), which is the leading cause of vision loss in children. Biotech company Luminopia is bringing this advancement in medical technology.

VR has been around for decades but only recently became widespread due to Google Cardboard, Oculus Quest, HTC Vive, and others. VR is also used for sports training, enabling repetition and stress-free practice wherever the athlete is located.

One of the most rewarding but least common uses of VR is medicine. Using the technology to achieve tangible results, Luminopia has pioneered a treatment for lazy eye, a common eye disorder that relates to how the brain interacts and controls each eye and uses them in concert for better vision. With lazy eye, the dominant eye is favored to the point that the weaker eye becomes ignored. A VR headset corrects this problem, and the results have led to a de novo premarket approval for 'Luminopia One' by the Food and Drug Administration as a prescription treatment for lazy eye (amblyopia).

A normal Oculus Quest headset is unlikely to help with lazy eye. Luiminopia's solution uses a VR headset for the purpose of controlling what is seen by each eye. Different portions of an image, somewhat like a jigsaw puzzle, are shown to each eye, forcing the brain to make use of both eyes together to make sense of what is being shown. In addition, the dominant eye has the image faded to reinforce that more information should be drawn from the weaker eye. The methodology is quite clever, using the natural tendencies of the mind to retrain it to see under these new conditions.

Luminopia One is expected to launch in Q2 of 2022 and the treatment involves watching videos via an unnamed VR headset that shows an altered view to each eye for one hour per day, six days per week. A randomized, controlled, clinical trial tested 105 participants over twelve weeks and the results showed that 62% of kids that received the Luminopia VR treatment had a significant improvement in amblyopic eye visual acuity, versus just 33% in the control group. This demonstrates how effective VR technology can be in the field of medicine.