$GARI will be built in partnership with the Solana blockchain and is India’s first social network to issue crypto tokens. 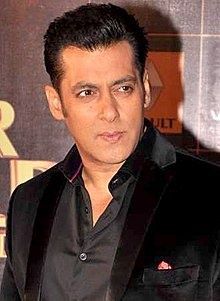 Salman Khan, one of Bollywood’s highest paid actors whose next film ‘Antim – The Final Truth’ will come out on Nov 26 this year, and  who also hosts Bigg Boss 15, has now made a significant move to get into cryptocurrencies.

With this move Salman Khan has further made his way further into the NFT and cryptocurrency space, and has also announced his collaboration with Chingari as brand ambassador for its token reward program and NFT marketplace.

“The creators are shaping the future of entertainment. With the incorporation of the $GARI reward program, the creators will further get motivated to create newer and more engaging videos on the Chingari app. It’s going to be an interesting journey hereon.” – Salman Khan

$GARI will be built in partnership with the Solana blockchain. Raj Gokal, COO of Solana Labs mentioned how collective ownership of social platforms like Chingari can completely upend the creator-platform relationship globally and unlock new monetization models for creators, especially in confluence with Solana’s blockchain, which offers both low transaction fees and high throughput.

The underlying vision is to empower the creators via these social tokens by allowing them to monetize their content by setting up e-commerce spaces that can potentially include NFT creations, merchandise and plenty more.

Mr. Sumit Ghosh, CEO and Co-Founder of Chingari, has stated that with the launch of $GARI, the micro-content app is poised to pioneer the integration of cryptocurrency with the Indian social network scene.

“While the creator economy is burgeoning and creators are becoming a pivotal force of this revolution, we believe that creators should be in charge of how the platform is taking shape. With the introduction of $GARI, we are vesting the decision-making powers back in the hands of the users and enabling content monetization to become more mainstream in India. Chingari’s blockchain platform will allow users to obtain tokens for creating or watching content. The idea is to monetize creators’ talent and empower them via a social platform. Chingari through its token $GARI wants to make this vision possible. We are certain $GARI will be a groundbreaking invention for the Indian digital and creator economy.” – Sumit Ghosh.