Home » News » Half of Smartphone Users feel they’ve lost control over their person...

Half of Smartphone Users feel they’ve lost control over their personal data | TechTree.com

Securing your smartphone is more important than ever 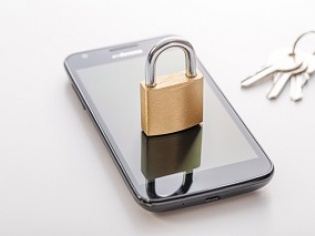 A recent survey by the virtual private network provider NordVPN revealed that half of users don’t feel like they have control over the information stored on their smartphones. The problem with this is that our devices collect and store a lot of sensitive data about us – personal photos, contacts in address book, and banking app information, browsing history, shopping habits, and even more.

“Today, we use smartphones for everything we would do on our computers — video chat, shop online, transfer money, send pictures, sign documents, and many more,” explains Daniel Markuson, a digital privacy expert at NordVPN, “However, many mobile users are still unaware of how risky some of the activities are, and how important it is to keep devices safe.”

The survey revealed that 49% of people prefer securing their phones with a PIN code. Entering a sequence of digits to unlock your phone is quick and simple. However, according to InfoSec experts' study, 26% of all phones can easily be tracked with such simple digital passcodes as “1234”, “1111”, “123456”, “000000”, and others. 10% don’t even use any smartphone lock method, even though securing your phone with some kind of authentication protects you from hackers.

More than one-third (34%) of users prefer the fingerprint method, which is considered to be one of the fastest ways to secure your phone. But bypassing a fingerprint lock isn’t impossible. Fingerprints can be stolen from photos and other sources, recreated even with just 3D printing, and then used to bypass biometric locks. Chinese X-Lab research team claims that it takes a mere 20 minutes to crack a fingerprint lock.

1 in 4 people (25%) choose passwords made up of numbers, letters, and special characters, which is more secure than a PIN or pattern. Among other smartphone lock methods, 22% users use facial recognition, 14% use a pattern lock, and 6% a smart lock.

Which operating system is safer: iOS or Android?

The study shows that the majority of respondents (64%) are users of the Android mobile operating system. Another system — iOS — is used by 31%. And here we run into the never-ending debate: is the iPhone more secure than Android?

While most phone hacks result from user negligence, the phone’s inbuilt security is still a factor. Apple closely inspects all apps for legitimacy, whereas Android’s open Play Store can easily allow hackers to thrive. Also, Android’s inconsistent updates could indicate that there are more Android bugs in circulation. For a more definitive conclusion, take a look at the features comparison.