Home » News » Google To Give Security Keys to High-Risk Users

Google To Give Security Keys to High-Risk Users | TechTree.com

Google To Give Security Keys to High-Risk Users

Security keys enhance protection against phishing attacks as users can use them to unlock accounts only on legitimate websites. 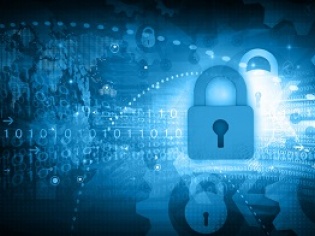 Recently, Google said that it would be providing 10,000 high-risk users with free hardware security keys. This announcement comes quite soon after the company warned several Gmail users of the threat posed by state-sponsored hackers.

Google’s TAG sent the warning to more than 14,000 Gmail users to protect them against the state-sponsored phishing campaign from APT28, otherwise known as Fancy Bear. This group is believed to consist of Russia’s GRU intelligence agency operatives and has been active for more than a decade. However, after it hacked into the Democratic National Committee and spread disinformation in the run-up to the 2016 US Presidential elections, the group gained quite a name.

Google’s TAG director Shane Huntley wrote a Twitter thread about the importance of these warnings, claiming that if the mail has been sent to the user, there is a high chance they blocked it. However, Huntley also added that these warnings are commonplace for activists, journalists, and government officials and should not surprise quite a few users.

Google has also said in a blog post that this effort to send out security keys throughout 2021 is to encourage users to enrol in its Advanced Protection Program (APP). This program protects and safeguards users’ privacy and data by dramatically reducing its visibility, particularly for those at risk of targeted online attacks. In addition, security keys enhance protection against phishing attacks as users can use them to unlock accounts only on legitimate websites.

The widely popular search platform has announced new and extended partnerships with the International Foundation for Electoral Systems (IFES), UN Women, and non-profit and non-partisan Defending Digital Campaign (DCC) to amp its security for the at-risk users. IFES engages widely with critical issues revolving around democracy, governance, and elections around the globe. Google has successfully extended its support to IFES by providing free security keys for the attendees of the global cyber hygiene training sessions, including journalists in the Middle East and female activists.

Google has already provided Titan security keys to more than 180 eligible federal campaigns during the 2020 US election season through these collaborations. The team has added that it is now working to protect state-level campaigns, political committees, and parties, and many more.