Home » News » Samsung Galaxy S22 Ultra will have Stylus so it might be the new Note ...

Samsung Galaxy S22 Ultra will have Stylus so it might be the new Note 22 Ultra | TechTree.com

Recent leaks suggested that S22 Ultra could resemble the Note, but it now seems the device could be the next ‘Note like’ phone. 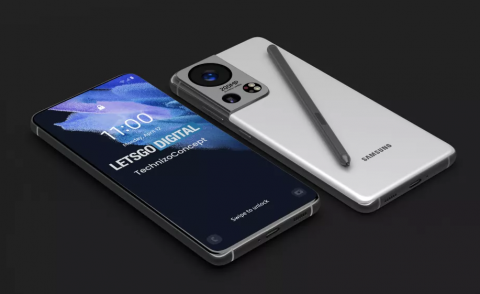 Recent leaks suggested that S22 Ultra could resemble the Note, but it now seems the device could be the next ‘Note like’ phone.

Samsung’s upcoming Galaxy S22 series, expected to come out early next year, has leaked online. The Galaxy Note 20 Ultra was the last Note-series phone that came out last year in August 2020, and now it seems it could be getting a successor.

Leaked specs have more-or-less suggested that the new Galaxy S22 Ultra is practically a Note-series device in its own right with a 6.8-inch screen, tiny punch hole cutout and a squarish frame. It has a new P-shaped camera layout and on the bottom edge there is an S-pen slot.

Why the move makes sense

Samsung skipped the Note 21 series this year and only launched the S21 series, leading many to believe the brand had scrapped the Note lineup and from now on would be only focus on the S and Z series. The rumour grew stronger after Samsung introduced stylus support to the Galaxy Z Fold 3 earlier this year.

Samsung’s S series and Note series smartphones have blended together over the last few years. The highest-end variants of the S series phones have become bigger with better performance and better displays, a stylus was a big part of what differentiated the two series.

Samsung is making the best of this fusion – Rather than discontinuating either the Note or S Series, it seems like both series will be unified. These rumors haven’t been officially confirmed but is likely headed in that direction.