iPhone 13 Mini is your last chance to get a mini iPhone | TechTree.com

Apple may kill the ‘Mini’ next year due to low sales last year. iPhone 13 mini is the last “mini” model that Apple launched at its event. There will not be an iPhone 14 mini. 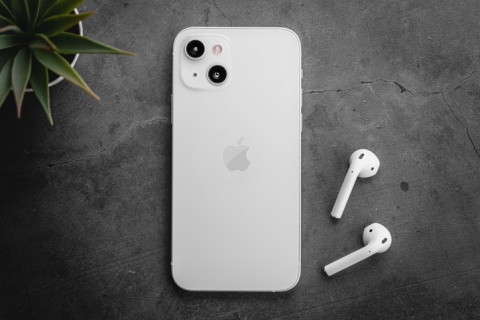 Apple may kill the ‘Mini’ next year due to low sales last year. iPhone 13 mini is the last “mini” model that Apple launched at its event. There will not be an iPhone 14 mini. That is what the tipster Jon Prosser has reiterated on Twitter, saying, “So if you’ve been thinking about trying mini, the 13 mini is your last chance.” Apple introduced the “mini” models with last year’s iPhone 12 and continued them with this year’s iPhone 13. But these “mini” iPhones failed to attract customers as much as Apple liked them to do. So Apple discontinuing the small iPhone model makes sense.

Several reports about the sales of the iPhone 12 series have outlined that the iPhone 12 mini was the least successful model in the entire series. Its sales contributed only 6 per cent to the total iPhone sales from last year’s model, a very bad number. Ideally, Apple would have killed the “mini” model this year, but since the successive iPhones were planned way before the sales numbers arrived, Apple went ahead with the iPhone 13 mini – and aren’t expecting too many sales.

Prosser said that he was sure about the development that Apple is pulling the plug on the “mini” models next year. His claim also corroborates what Apple analyst Ming-Chi Kuo said earlier this year. In June, Kuo said that the 2022 iPhone family will not come with a “mini” model.

The lack of a “mini” model for next year’s iPhone 14 will, however, have no impact on the usual series. Kuo said Apple would still launch four iPhone models next year, wherein two of them will be affordable while the other two will be expensive and loaded with exclusive features -- much like how the Pro models are. Next year’s iPhone will have a 6.1-inch model and a 6.7-inch model each in the low-end and high-end categories. This means we could see a non-Pro iPhone 14 with a 6.7-inch display.