While users in India aren’t impacted, the same isn’t the case in the other markets and yet both companies refrained by fanfare

There was hardly a whiff in the Indian media. As for the home markets in the United States, there wasn’t any fanfare when Amazon and Apple silently unveiled a deal that allowed the latter’s customers could buy or rent movies on the Prime Videos app. Usually one would expect press statements, blog posts and even joint appearances by the senior staff when such announcements are made. More so, when one of the two tech giants in question has steadfastly stuck to its rule that all digital goods sold via iOS apps should use Apple’s payment systems that includes a 30% pay out.

What suddenly changed? Did Tim Cook and Jeff Bezos have a secret rendezvous in times of distress caused by the Covid-19 pandemic? If so, who was the friend in-need and who became the friend indeed?  Else, why would the rules of the game suddenly shift and apply to all developers barring those who have gumption to take on Apple?

For the uninitiated, here is what happened last week… The Amazon Prime Video app on iOS and Apple TV now allows customers to make in-app purchases that includes renting and purchasing movies and television shows. In the past, Amazon didn’t allow this process, instead porting over users to a web browser to side-step the App Store fees.

Of course, there was no ban on signing up for a Prime Video subscription through the iOS app even if one wasn’t hooked to Amazon Prime. It’s just that one could not make individual content purchases from inside the app. Now, all of a sudden, the two companies have decided to shake hands over this app deal.

The bigger question is why would both companies prefer to keep this deal under the radar? For, it was pointed out by customers who noticed the change and called it out. Published media reports suggest that while Amazon maintained a stoic silence, Apple did issue a statement once the news got out. 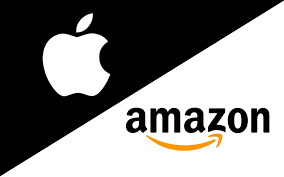 A report published on The Verge quoted a statement from Apple: “Apple has an established program for premium subscription video entertainment providers to offer a variety of customer benefits — including integration with the Apple TV app, AirPlay 2 support, Apple TVOS apps, universal search, Siri support and, where applicable, single or zero sign-on. On qualifying premium video entertainment apps such as Prime Video, Atlice One and Canal+, customers have the option to buy or rent movies and TV shows using the payment method tied to their existing video subscription.”

Experts believe that this move isn’t a new one because the Prime Video app had begun using special requests related to payment processing some time ago. Bloomberg’s Mark Gurman thinks the deal isn’t unique and that the program allows a company to use its own payment methods, which is so for many premium video providers already.

All of this still doesn’t answer the question as to why both these companies preferred to keep this decision low-key? Is there something that either or both parties fear may come back to haunt them when discussing deals with other app developers? In which case, this could become a transparency issue and call for a probe.

So, the real question that one should be asking both Apple and Amazon is: What does this deal mean for other app developers and the App Store ecosystem?