Home » News » Why is Samsung Buying Back Its New Flagship?

Why is Samsung Buying Back Its New Flagship? | TechTree.com

Why is Samsung Buying Back Its New Flagship?

Samsung announced an official buy-back program for its new flagship devices under the Galaxy S20 series whereby one could use it for two years after purchase and be assured of getting 50% of what they paid. Provided the phone is in good condition and in case you are picking up another device from the company.

Of course, the deal is not yet available anywhere outside of the United States, according to a report published by GSMArena. In other words, one can get up to $700 for a Galaxy S20 Ultra or $600 for the Galaxy S20+ or $500 in case you’re returning the Galaxy S20 in a good condition. So, where is the catch? A detailed look through the FAQs that Samsung has provided doesn’t really indicate a catch, barring the fact that it would be the company that decides whether your phone is in good condition or not. Fair enough, because that is how valuations are done where the owner’s only right is to disagree with the evaluator.

We believe this could be a great deal (if at all the company launches the scheme in India) given that Samsung is notorious for offering discounts on their latest devices. Even the latest Galaxy S20 went on sale $200 below its price within weeks of the official release. The device was available with a deep discount on both Amazon and Best Buy in the US.

The new measure appears to be Samsung’s way of formalizing the price drops whereby users who ended up paying a higher price during launch aren’t left ruing their luck. If they take reasonably good care of the phone, there is every chance that they get back half the price they paid, though it wouldn’t actually land in one’s pocket. The discount will reflect when you pick up your next device.

And that folks, is the catch. At a time when Google and Apple have enhanced their brand loyalty to some extent, Samsung is the only brand at the top-tier that cannot see a guaranteed repeat from their customers. More so, given the surfeit of lower priced devices that share the two-year average lifetime with the Galaxy series. 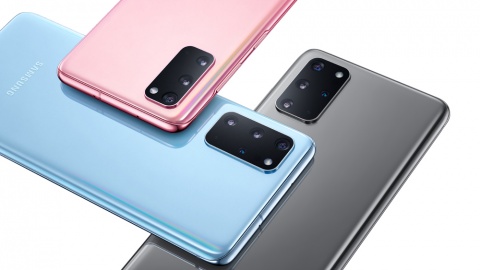 Samsung says it would allow users to transfer data from their old devices to the new one in the comfort of their homes. Under the deal, the company would send the new device once a user registers for the deal. Thereafter, she has 15 days to send the old device back, which will then be valued.

And in case Samsung doesn’t like the condition of the old phone, the value would drop to @25 which would be deducted from the cost of the new phone. Of course, the user has the option of seeking their old device back, at which point she gets charged the full amount for the new device.

So, in some ways it is a Catch-22 situation where one could either get a 50% discount on a phone that one picks up from the Samsung online store or end up with two phones because the evaluator doesn’t think that it is not in a “satisfactory condition” and showed damage that was “beyond the normal wear and tear”.

Given that smartphone business is likely to suffer big time due to the coronavirus pandemic, companies would definitely need innovative schemes to push sales this year and possibly over the next two years. Apple had come up with the Apple Card where customers could pay in instalments for the new flagship.

With both Apple and Google slated to launch new phones in the near future, it would be interesting to see what they come up with to lure customers.