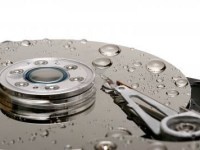 If you have been putting off your hard drive purchase, act now because prices are set to spike in the near future. Blame it on the recent floods ravaging Thailand, which have killed over 280 and affected two-thirds of the country. This has impacted worldwide hard drive supply, since the country accounts for a significant chunk of the top three HDD makers' production volumes.

Western Digital is the worst affected after it had to shut down its plants last week, responsible for churning out over 32 million hard drives or 60% of its total capacity. While Seagate's facilities haven't been directly affected, its supply chain has nonetheless borne the brunt of HDD component suppliers rendered incapacitated by the floods. Both storage giants have either faced destruction of facilities or a complete shutdown due to missing manpower.

Hitachi GST's portable HDD plant in Thailand has fallen prey to Poseidon's fury as well. Both Western Digital and Seagate are expected to make further announcements in conference calls scheduled for October 19 and 20 respectively. Going by the massive drop in production volumes, it bodes well to make your HDD purchases before the prices blow through the roof once local stocks are depleted.