Home » News » Home Internet Slowing Down? Grin and Bear It

Home Internet Slowing Down? Grin and Bear It

Over the past week or so, a general grouse over social media has been around a general slowing down of internet services. Not surprising, given that most of India’s workforce is parked at home gobbling up bandwidth by using videoconferencing while their families are busy watching movies or playing Call of Duty online.

Experts say that the while the internet’s core is managing the traffic spike, the problem stems from the last-mile connectivity that links a home to the ultra-high-speed internet backbone. As most home connections come via cable companies that use coaxial cables to connect to the broader network, there is a squeeze on bandwidth when demand spikes. And the biggest culprit is videoconferencing that requires equal upstream and downstream speeds to function properly. Since the coaxial cables provide faster downstream than upstream speeds back to the backbone, simultaneous video sessions could clog the upstream channels and disrupt the service for the household or even the locality if one happens to be staying in an apartment complex having one or two leased lines to a distribution hub.

By the way, do not blame the family watching Netflix or Amazon Prime as most of these services have throttled down their video quality based on request from authorities. The first to do so were European countries following which the US also had made the request. While one isn’t sure about the status in India, it’s only a matter of time before this is implemented.

The first step could be to convince family members to shift to audio-only mode that conserves bandwidth. The same applies to multi-player online games where players often resort to banter that could put videoconferencing to shame.

The next obvious step could be to seek a service upgrade though there is every possibility that this could be avoided through prudent use of the net. In the US and Europe, some service providers are offering extra bandwidth, especially for large families or those having students, who are possibly sitting at home feeling bored and binge-watching movies.

Though all service providers rushed to provide coronavirus caller tunes, none has since come forward to offer packages that could help the largely home-bound workforce to be more effective with additional bandwidth. Can’t really blame them as the government is squeezing these telecom companies to pay up past dues!

Is an Upgrade Needed?

This is a tough one. It may depend on how long one has been using the service and what the internet modem is capable of or rather incapable of. If the modem is several years old, it may be a good idea to ask for a change from the provider. In case the modem is yours, ask yourself if spending a few bucks would speed up your work? 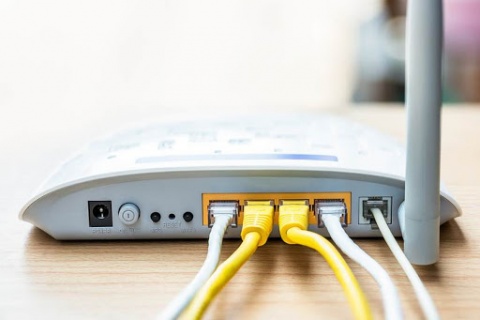 The Wi-Fi router is the next on the checklist. There is a possibility that the router may be built into the modem. Having it positioned as close to the centre of the house is a good option to ensure that the bandwidth gets distributed equally. The other option is to create a Wi-Fi mesh network with a few boosters installed strategically.

In case you have lots of videoconferencing to do, it could be a good idea to directly connect your laptop to the ethernet on the router.

Suffice to say that throttled bandwidth is here to stay. At least so long as a part of the home-bound workforce gets back to their offices.