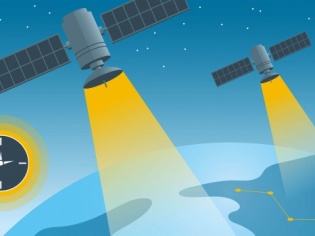 Why is it that every tech giant worth its name wants to be a king of all that it pervades? Google did that and so does Apple to some extent. Amazon is fast catching up and growing beyond and now Facebook seems to taking that route too. Why else would it launch a public time-keeping service?

Just because its competitors Google and Apple have them? Because, all of them essentially perform the same task or answer the same question if you prefer it that way. And the question is: What time is it now? Of course, Facebook would like us to believe that theirs’s is the most accurate of them all. But, for what purpose? The person-on-the-street doesn’t require accuracy to one-hundredth of a second or whatever it is that all of these services offer. More so in our land, where even the standard time (IST) is jokingly referred to as Indian Stretchable Time! Anyways, now that Facebook has announced it, we might as well take a closer look.

Before going down that road, we want our readers to know that it is pretty much impossible to tell the exact time, because by the time you complete the question, the time has changed and by the time you get the answer it has changed again. No, we aren’t trying to be facetious here. It is the plain and simple reality. Of course, it is another matter that time, just like directions, are just a hypothesis required for day-to-day functioning.

The servers that bring Universal Coordinated Time or UTC is the point to which our clocks synchronize using the Network Time Protocol (NTP) that comes with a lag of some milliseconds. Now, if these milliseconds add up, one could be left with hours or even days that we gain or lose over a lifetime.

Which is what Oleg Obleukhov and Zoe Talamentes, the two persons behind Facebook’s time-keeping service take pains to explain on their blog post. They claim that though most of us may not value the high level of precision, it can be critical for other services, such as data centres or high precision technology used for space exploration. They say that the new tool uses a different technology that would improve precision in time-keeping from tens of milliseconds to hundreds of microseconds. The engineering duo then go on to explain how they assessed the problem, found the right set of tools and went about creating their own service that could be more accurate than existing ones.

The new tool fares better than similar services offered by Google and Apple, albeit only at times. "We can see that not only is our public NTP endpoint competitive with other popular providers, but in some cases, it also outperforms them,” says the paper, which goes on to explain the entire process in great detail that seems way beyond our ken as geeks!

Suffice to say that Facebook has laid claim to the most precise time keeping service in the world at this point in time. Over to you Apple and Google!

And what’s next? Who knows where Facebook would seek to intrude into now, having already done so with our digital finances (or should it be cryptocurrency) and our love lives. By the way, don’t bother searching for these if you’re in India, these haven’t yet debuted here.