Remember Kevin Systrom and Mike Krieger? Most likely not. They were the chaps who created Instagram nine years ago, sold it to Facebook seven years ago and resigned two years ago due to obvious reasons. Mark Zuckerberg’s brigade believes that the world works for them. And you are about to find out that nothing’s changed till date.

The company is testing out cross-posting of stories from Facebook to Instagram instead of just the other way around. While this is good news for social media managers who could maximize the views on their content, it is bad news for the teens who prefer the ephemeral content on Instagram without having it sullied by Facebook’s permanent feeds. 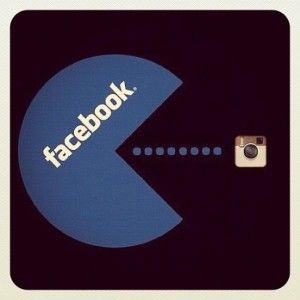 Of course, things aren’t very clear about how Facebook plans to take the cross-posting bit forward, after having Instagram stories on its feed from October 2017, a move that was seen then as a means to piggyback on its acquisition’s popularity with the youth. The first question is would the cross-posted content have an “already viewed” tag?

If not, imagine having to wade through content from ported from one platform to the other just as one is forced to watch lengthy credits and episodic summaries over OTT platforms that do not have a jump-to-start button. For most of the youth, this could be enough reason to seek pastures beyond Instagram.

When the Instagram founders quit the company, it was reported that Systrom was unhappy with Zuckerberg’s idea of sharing across platforms as he felt the content types didn’t on the platform didn’t warrant such sharing. Till date, the youth maintain that they haven’t switched on the sharing option because they want the content differentiated across platforms.

Facebook’s latest incursion into Instagram territory was found by reverse engineering expert Jane Manchun Wong who sent screenshots and tips to publications. Josh Constine reported on TechCrunch that Facebook was indeed “testing a Share-To-Instagram toggle that appears to turn on continuous cross-posting of that post and future ones.” How does this make sense? Facebook is hoping that by eventually unifying Instagram, WhatsApp and its Messenger, it could ensure end-to-end encryption thereby protecting the data from prying eyes. This makes sense to the company that’s been in the crosshairs of data privacy issues for some time now.

However, when it comes to the userbase, the company may be in for a shock. Currently, their combined daily user base of 500 million is way above those of rival Snapchat. If this move doesn’t hit it off with the youth, Facebook could be paving the way for a mass migration.