Researchers say that voice assistants across brands record conversations only 19 times a day, so you can let go afterwards 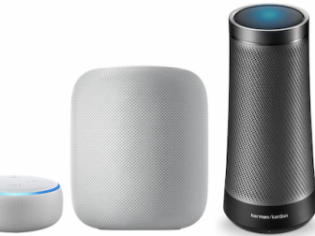 Ever wondered how your smartphone suddenly starts offering you lunch menus from nearby hotels around noon? New research proves what we always knew – that voice assistants on our devices were recording us surreptitiously and using data to process information and serve up search results even when we didn’t ask for it.

Of late, users have also complained about voice assistants butting in on human conversations at the dinner table with statements that appear totally out of place. For example, a dinner table discussion around Shaheen Bagh could be interrupted with an irrelevant comment stating “Virat Kohli scored 22 runs in the first innings at Wellington.”

For long, we have been asked to perceive these as stay incidents when our friendly voice assistants (be it Siri, Alexa or Google Assistant) suddenly wake up and spook our conversations. Now researchers from Northern University claim that these aren’t accidents but designed as a snooping mechanism.

In a research paper titled “When Speakers are All Ears”, the team says that though they found no evidence of the voice assistants constantly recording our voices, they did learn that these devices do wake up frequently for short intervals of between 1.5 to 19 times in a single day with Cortona and HomePod being the biggest culprits. On the question of how consistently they activate during a conversation, the research team said the majority of these do not show any consistency due to the fact that some randomness has been built into the smart speakers to detect wake words or it could also be that they learn from previous mistakes and change the way they detect these wake words.

And how do these voice assistants get activated? The research team says they found evidence that television shows were the number one culprit in this process. “Gilmore Girls and The Office were responsible for the majority of activations. These two shows have more dialogue with respect to the others, meaning that the number of activations is at least in part related to the amount of dialogue,” the report says.

In addition, they also came to the conclusion that specific television shows cause more activations for a give wake up word, though data also suggested that all shows cause at least one device to wake up at least once. “Almost every TV show causes multiple devices to wake up,” the report says.

The research team cautioned that it was an ongoing experiment and important open questions continued to remain. These include: (a) how many activations lead to audio recordings being sent to the cloud (b) are cloud providers showing all cases of audio recordings to users and (c) how much do accents, ethnicity, gender and other factors of TV characters impact activations.

And while the team is figuring out answers to these questions, maybe we should just follow the advice of former Amazon Web Services official Robert Frederick who recently told BBC that if he wanted privacy, he simply turns off the Alexa device!