The First 5G Phone in India – So, Who Cares? | TechTree.com

The First 5G Phone in India – So, Who Cares?

We’ve heard a lot about 5G connectivity for an entire year and now there’s talk about 5G enabled phones. Does it really matter in India? 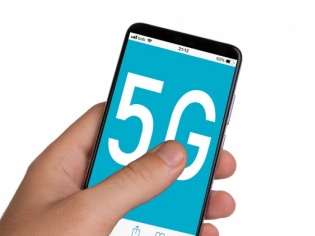 The buzz around 5G connectivity has been grown louder through the whole of 2019 and shows no signs of abating as the technology expands its footprint globally. It is not only expected to boost the download speeds multifold but is also expected to revolutionize the way we communicate.

Since the last few days, 5G smartphones in India have become the most discussed words on social media in the country since India is not only soon going to get not one but two 5G smartphones.

The two companies that are getting ready to launch their phones with 5 connectivity and the latest Snapdragon 865 Soc. Both iQOO and Realme, are a part of BBK Electronics which also owns brands like Vivo, Oppo and OnePlus as well. 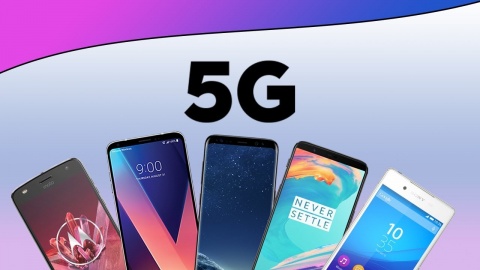 iQOO making its debut in India with a flagship smartphone on 25th February while Realme will announce the X50 Pro on February 24th. This is the same phone which would’ve debuted at MWC, had it not been called off.

The Indian smartphone market is one of the only few globally which has some potential for growth, hence even brands under the same umbrella are fiercely competing for a larger share.

As expected, now there is an immense hype being built around these upcoming 5G phones. Do we really need a 5G phone in India at this moment?

The answer is plain and a big NO. The fact that 5G in India is not going to arrive before late- 2021 or 2022 turns the entire “race to become the first brand to introduce a 5G phone in India,” nothing more than a gimmick.

To recall, 4G connectivity in India was announced just a few years back and after the initial burst, the average speeds hover around 20 - 25 Mbps at max, which isn’t impressive when compared to other countries. Accepted that India’s mobile data rates are the cheapest which has resulted in multi-fold growth of the user base, the performance is just not satisfactory when we talk about overall coverage.

Even the state-run BSNL doesn’t offer even 4G connectivity throughout the nation. The situation of the private operators doesn’t paint a rosy picture either.

The telecom industry has recently gone through the consolidation leaving behind just a handful companies. With most service providers running into losses, expecting them to invest in buying the 5G spectrum as well as investing heavily in building the next-generation infrastructure, is a huge ask.

So, what will we do with the highlight feature of the device which practically doesn’t serve any purpose?

As per Qualcomm its latest flagship SoC, the Snapdragon 865 SoC will come with a 5G modem by default and unlike previous generations SoC’s, it doesn’t come with a 4G the only option. The sheer presence of 5G connectivity beefs up the price and takes the affordable flagship devices out of the scope. It is being rumoured that these phones are expected to be priced around Rs. 50,000.

So, does pay a premium for a technology which is not going to available for masses in India before at least 2 years make any sense? Definitely not. This marketing will only create a fake demand in the and is able to trigger the need to upgrade among the users.

Users looking to buy a flagship tend to purchase the one that its future proof for at least a couple of years. By the time 5G services are available for the consumers the devices released now may be outdated. So, it only makes sense to not follow the hype and avoid pricey devices which will not be of any use for the next couple of years.