The new offering provides Word, Excel and PowerPoint at a single point and saves mobile users a lot of time 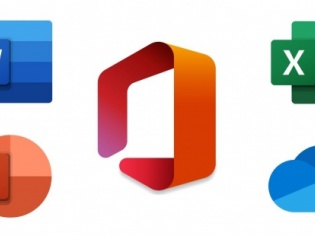 Gone are the days when Microsoft would sit on its haunches and rather unenthusiastically move in the direction that the market suggests. Under Satya Nadella, the company has shrugged off its lethargy and is the nimblest amongst the global tech giants, a position that got reinforced yet again in the manner they designed Microsoft Office for mobiles.

The mobile-first application which came to fore last November has been available for public preview for some time now and the same version got incorporated into the Android universe where users who signed up through a specific Google Group got access. Similarly, about 10,000 testers on Apple’s iOS also registered themselves under the TestFlight program.

A few days ago, the consumer ready all-in-one Office app made its appearance on the Play Store (some say it was earlier than planned). Called Microsoft Office, the Android bundle includes Word, Excel and PowerPoint in a single smartphone app. In the earlier avatar, there were separate Office Android apps for each of them. Now the iPhone version is also out on beta. The new package contains lightweight versions of the Office apps that lets users view documents, edit Word, Excel and PowerPoint files besides making it easier to collaborate on Office documents in real time. It also makes it easier to use templates and access and search files stored in personal cloud accounts.

However, Microsoft has not come out with an iPad specific version though it did offer limited support for other tablets.

Unlike in the past, the Office app has a home screen that lists all the files created recently or edited and accessed across the apps. The design is simple but still is more than helpful to track work related files or personal projects. What Microsoft hopes to achieve is to reduce the time that users spend rummaging through apps to access the right set of documents.

There are three additional icons at the bottom of the screen called Note, Lens and Documents. The first one creates post-it style notes that gets added to a feed in chronological order, while the second one is a document and whiteboard-scanning tool that has been around for several years but hidden under all the chaos.

The third one provides nine shortcuts that helps users get started in each of the Office apps. There’s the Blank Document, the Scan Table and the Create from Template features for the Word, Excel and PowerPoint respectively. Going forward, we won’t be surprised if Microsoft adds a few more shortcuts as there’s enough and more space available on the screen.

A Microsoft spokesperson confirmed that the Office app has a full-fledged editor for all three of Microsoft’s office apps. The reason this is so is to ensure that there is parity between the standalone versions and the new Office app. Because, they feel there is every chance that people may prefer one over the other in the years to come.

Coming to the file storage feature, there is the option to store them locally and via a cloud-based service such as Google Drive, the iCloud or Dropbox. In case users have Office 365 or Microsoft 365 subscription, the app would also grant the same premium features that one expects to find in the other version.

The company also revealed some additional features such as dictation for Microsoft Word and a special Cards View for Excel that turns rows into more smartphone-friendly vertical lists. These features would be in place in the next upgrade.

In case you want a quick view of how the Office App is behaving, check out this video.