Three decades after its launch, the photo-editing software is now moving from desktop to tablets and mobiles 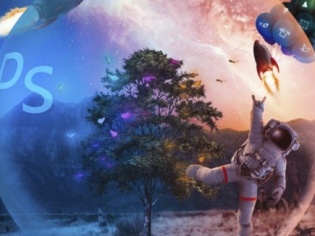 When Adobe launched the Photoshop on February 19, 1990, its original authors Thomas and John Knoll wouldn’t have dreamt that the name they gave to the photo-editing software would go on to become a verb that denotes playing around with electronic images.

This video created by TheVerge.com of the original version of the Photoshop is truly a tribute to the ideas of the Knolls, one of whom worked at Industrial Light & Magic and the other was a doctorate student in computer vision.

However, that’s precisely what Photoshop has become three decades later and on the 30th anniversary of its launch, Adobe says that it now plans to expand its presence on more platforms, in spite of the lukewarm response that it received following the integration of the app on the iPad last year. And there is more coming up. Adobe says that it is bringing four AI-powered features to its desktop and iPad apps soon. Company executives confirmed that Photoshop would offer an Object Selection tool for the iPad app as part of its efforts to assuage the feelings of iPad users who felt that the app wasn’t as powerful as it should have been.

The company has since made a slew of changes to the app and also taken time to explain some of its decisions in this regard. More recently, the company claimed that over half the reviewers gave its app five stars on the rating with more than a million downloads registered since November last year.

Also new on the iPad are additional controls for typesetting. For now, this means tracking, leading and scaling, as well as formatting options like all caps, small caps, superscript and subscript.

On the desktop version, Adobe is providing a more content-aware filling for multiple objects at one stroke. This feature lets users remove objects and fill the space with the existing background based on one’s choice. So, one can remove a specific part of an object and fill it up with the background color that existed on that particular part. In addition, the company is also getting ready to launch an improved lens-blur function that could be a boon for photos with depth map. The new feature reportedly relies on the GPU rather than the CPU for processing and is tasked with delivering a more realistic bokeh effect on the image.

In recent times, Adobe has focused more on the mobile side of the business on the assumption that desktops across the world aren’t the preferred mode of computing. Last year, the company took the Photoshop app to the iPad and thereafter released its painting app Fresco for tablet users. The company also did it bit about deep fakes by investing in tools (Adobe Face) that could detect manipulated images.

TheVerge.com quoted Adobe’s chief product officer Scott Belsky to suggest that the company’s mobile products were gaining greater traction with the Photoshop Express now boasting more than 20 million downloads. He also went on to add that given the competition from companies like TikTok, Adobe will focus on features that allows individual users to exhibit their creativity.

Looks like Adobe is letting go of its rigidities around the Photoshop and the next decade could well witness more innovation from the company to make users with the option of playing around with their own creativity quotient.