While that may be true enough, the fact remains that cellphones are a health hazard, especially to the mental variety

Those of us who worry about cellphones causing cancer can rest assured as the US Food and Drug Administration (FDA) claims that it has found “no quantifiable adverse health effects in humans caused by exposures at or under the current cell phone exposure limits”. They say so based on data collected between 2008 to 2019.

On its page related to cell phone safety, the FDA says that the current limits of radio frequency energy remain within acceptable levels that is required to safeguard public health. Although some researchers have reported adverse biological changes associated with RF energy, these studies have not been replicated. Most published studies have failed to show an association between exposure to RF energy from a cell phone and health problems, says the FDA on its website.

The FDA also sought to allay fears over 5G networks contributing to increased health hazards when they arrive in full strength. “While many of the specifics of 5G remain ill-defined, it is known that 5G cell phones will use frequencies covered by the current FCC exposure guidelines (300 kHz-100 GHz), and the conclusions reached based on the current body of scientific evidence covers these frequencies. The FDA will continue to monitor scientific information as it becomes available regarding the potential impacts of 5G,” it says.

It may be recalled that Federal Communications Commission chairman AjitPai had pronounced 5G safe last year amidst concerns across the world that the millimetre waves used across some of these networks could be harmful to humans. The FCC had also sought advice of the FDA on the matter.

Though FDA has given a clean-chit to both cell phones and the upcoming 5G networks, the fact remains that mobile phones have been found to cause health hazards. Some of the common issues related to cell phone use are listed below as a refresher to readers: 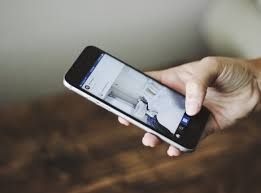