Samsung Raises the Bar with Galaxy S20 and Z Flip

In case you felt the folding phone would steal the thunder, you’re wrong as the Galaxy S20 just raised the bar on smartphones 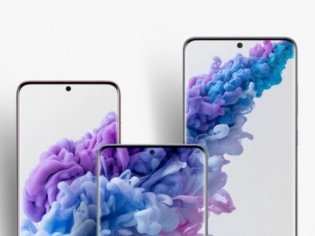 The first flagship launch of the new decade appears to have raised the bar for the future of smartphones. For, not only is the Samsung Galaxy S20 range a feast for the sore eyes, they offer better photography, not-seen-before video quality and enhanced battery life and a few more enhancements that now puts the onus on competition to outsmart them.

As for those who believed that Samsung was after the foldable phone market, given that they unveiled the Galaxy Z Flip at the Oscar Awards, think again. For, the Korean major isn’t chasing Motorola and the recently launched foldable Razr. It has set sights on the iPhone, Pixel and possibly the top-end models from Huawei.

The new smartphones, already available for pre-registration in India, have come up with possibly eight or nine upgrades that should definitely tickle the competitors who are scheduled to bring forth new models over the next six to eight months. Here are some that we believe would raise the bar on upcoming smartphones: This time Samsung has brought out three models as against four that they launched last year. And in what appears to be a lesson learnt from Apple’s iPhone 11 launch last year, the Korean giant has chosen to keep the Galaxy S20 at the lowest price point followed by the S20 Plus and then the S20 Ultra.

All set for 5G

All the models are 5G ready. The Galaxy S20 comes with only the Sub-6 version of 5G which is the standard requirement and offers broad coverage minus the speed bursts over 1Gpbs. However, the other two models offer both Sub-6 and the unique mm-Wave that could provide massive speed bursts in select areas. And with the kickass 120Hz AMOLED display, one can safely say that Samsung has once again led the market for cloud gaming that is a sure shot outcome of 5G launches later this year.

All three phones come with substantial improvements in low-light photography, sharpness and the capability to zoom far and beyond. Samsung claims that these were the three aspects users demanded off them during a market survey. Which is what has prompted the company to offer cameras that should give competitors the jitters.

The Galaxy S20 and S20 Plus have 64 megapixels while the S20 Ultra hits the ceiling with a 108-megapixel camera. Of course, the Chinese have hit the same ceiling, but here we are talking about the market leader, not the cheaper copycats. The fact is also that the smartphone is stitching multiple images from multiple lenses adds to high megapixels. 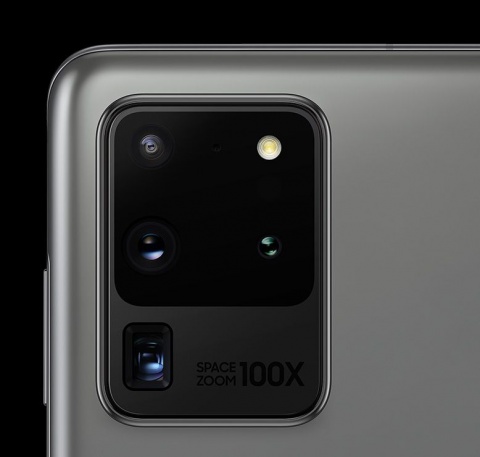 By the way, the upgrades aren’t limited to MPs as the optical zoom has taken the bar considerably above competition. The Galaxy S20 and S20 Plus get 30x zoom with the S20 Ultra getting a 100x hybrid optic zoom that doubles the 50x digital zoon on the Huawei P30 Pro model. Samsung also launched a foldable zoom lens which folds sideways to the right of the lens and not into it as in the past. Talk about eye-catching technology!

When it comes to power, the Galaxy smartphones fared better than the iPhones and were on par with the Pixels. However, with the latest launch, they’re competing with even the Chinese models. The Galaxy S20 comes with 4000 mAh while the S20 Plus has a 4500 mAh power bank with the S20 Ultra topping it off with a battery of 5000 mAh.

What’s more, all these models come with a 25W fast charger in the box with the S20 Ultra also offering an optional 45W super-fast charger that can be purchased separately. To put this in proper perspective, Apple offers 18W fast chargers for its latest iPhone 11 Pro models.  Given the 120 Hz AMOLED display, Samsung had to enhance battery life as videos and gaming are likely to grow exponentially in the 5G era. Remember the iPad Pro has a 120 Hz screen!

All three phones come with a 64-bit octa-core processors while storage capacity varies from 128 GB for the Galaxy S20 to 512 GB for the S20 Plus and the S20 Ultra. In terms of RAM, the phones offer 12 GB each in the first two models while the S20 Ultra comes with 16 GB of RAM. Each of the phones also offer up to 1TB of expandable storage which is way beyond what modern day laptops offer.

And all of these features do not make the new Galaxy range clunky. They weigh between 163 grams (S20) to 220 grams (S20 Ultra), which is pretty much close to the standards that Android smartphones have set over the years.

Samsung has definitely set the bar higher for smartphones for the next few years though it remains to be seen whether customers would be open to fork out more than a 1000 dollars for their phones, even if it means that they can do away with their cameras, video recorders and gaming consoles.