Home » News » The Buzz Has Begun Around the iPhone12

The Buzz Has Begun Around the iPhone12 | TechTree.com

The Buzz Has Begun Around the iPhone12

Over the past few seasons, the buzz around a new iPhone begins the moment a version gets launched. And, nothing has changed in 2020 Apple is probably the only global company where speculation about the successor of a product starts immediately after the launch of a new model, and sometimes even before. More than an idle fanboy speculation, the process is the outcome of a well-thought-out strategy to keep the ever-growing customer base on tenterhooks when it comes to their next round of smartphone upgrades.

Given that Apple has only two types of customers – one that upgrades with every launch and the other that skips one edition (or even more these days) to buy the latest iPhone. And so it is that year after year, we get to see and write about the upcoming iPhone even though the previous edition is just about a quarter old.

For Apple, 2020 appears to be a busy year as rumors are already rife about a slew of launches including a low-cost iPhone to ensure that the company becomes relevant in the mid-price market.  In addition, there are four more editions of the iPhone12 that is slated for release in September. So, what is it that we can expect in about nine months’ time? Let’s take a quick run-down…

There are enough rumors floating around about how at least one of the iPhones this year would copy the look and feel of the popular iPhone4S. In other words, we could witness a return to the slab-sides with Apple analyst Ming-Chi-Kuo believing that it could well be incorporated into the iPhone12 models and not necessarily the iPhone9, aka the iPhone SE2. 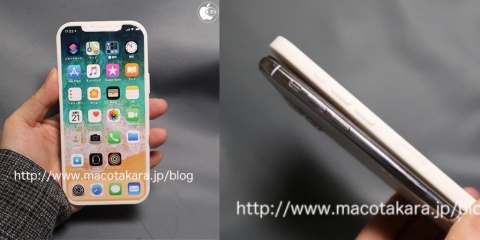 He also expects the new versions to have curved glass edges around the display, a continuation of the iPhone11 tradition. Apple tracking website 9to4Mac.com quotes from a supply chain report to suggest that the iPhone12 could be thinner than its predecessor with the largest being just 7.4 mm, a reduction of 10% in size. Looks like Apple is planning to replicate the iPad Pro 2018 edges on to the iPhone now.

Various published reports suggest that the front of the iPhone12 could well be a replica of its predecessor though there is a suggestion that the notch size may get reduced. Besides Face ID with TrueDepth cameras powering them, the new models are all likely to sport OLED displays with display sizes ranging between 5.4-inch to 6.7-inches.

Which means that the iPhone12 could come in a smaller size compared to the iPhone11, thus becoming the smallest in the series thus far to feature edge-to-edge display. The reports claim that the shortest will be shorter than an iPhone8 and the tallest would stand slightly taller than the iPhone11 Pro Max.

The new range is also rumored to have a 120-Hz refresh rate “ProMotion” display, which is like double of what has been available till date. This could result in a dramatic improvement in responsiveness of the smartphone, a pre-requisite for the upcoming 5G environment.

Another crucial area where rumors have been flying thick and fast relates to the camera with two of the four offerings likely to feature dual-lens camera systems and the others coming with triple-lens. The smallest iPhone12 will have two cameras on the back with ultra-wide and wide-angle lenses 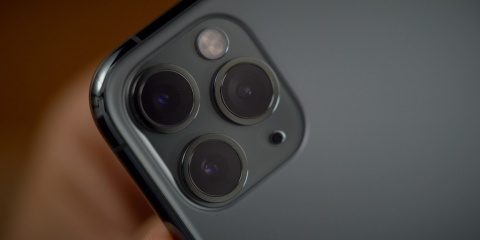 The time-of-flight sensor performs the function of the infrared TrueDepth camera system which causes for better quality 3D photo captures that could open up augmented reality possibilities. The sensors would also help take better pictures in portrait mode.

While the iPhone12 models are likely to have everything that’s on the iPhone11, it is possible that Apple could bring in some more changes in the weeks leading up to the launch. However, it is quite obvious that the series will feature the next generation of Apple’s A-series processors, presumably christened the A14.

This is because rumors of the company’s supplier TSMC starting production of the A14 in the second quarter has been going around for some time now. The A13 was produced by a 7-nanometer process, which could get better with the A14 using the 5-nanometer, which means it could be more power efficient and considerably faster.IIn other words, the iPhone12 could be as powerful as a 15-inch MacBook Pro assuming that the A14 gets coupled with 6GB of RAM.

Word has also spread that the Face ID recognition could get a further boost, according to inputs received by Barclays and reported by CNBC. It claims that the Face ID system could get a refresh though what it translates into isn’t clear. While the last edition showed enhanced performance, that came from the software upgrades so this time it could be from the hardware side of things.

All Set for 5G

And most importantly, all the phones could be 5G ready though from an Indian perspective that may not really excite us as there’s still a long way to go before our cellular operators even consider upgrading their networks. However, reports say that all four variants would support both versions of the 5G network. Given the fact that Apple Arcade is an area where the company is paying focused attention, with the platform now boasting more than 100 games, it is quite obvious that going 5G is a no-brainer for the company, especially since the entire industry is going berserk.

So, 2020 would definitely witness something of a rebirth for the iPhone in some ways. Though it remains to be seen how much of an added pressure these features put on our pockets.