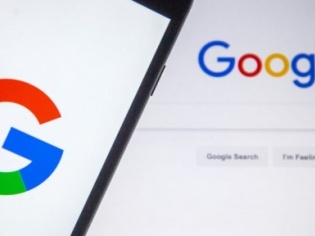 Looks like better sense prevailed at Google headquarters over their ill-advised decision to bring favicons and Ads next to each other on the desktop search engine results page (SERP). Following all-round criticism, the company has announced that it planned to redesign the redesign over the coming days.

The search giant makes money only when users click on ads and not on regular search results that are algorithmically fetched by it. So, making the ads look like search results would obviously help Google add to its revenue numbers, which experts and users alike were questioning on ethical grounds when it became public knowledge last week. When users had raised the issue through a series of Tweets early last week, Google had responded from its corporate account which actually raised more hackles as users accused the company of doublespeak. It facetiously claimed that the redesign would achieve the opposite effect of what it was actually aiming to do.

In fact, US Senator Mark Warner actually broke away from the Presidential impeachment hearings to discuss the SERP redesign with the Washington Post, suggesting that this was yet another example of a platform exploiting its power for commercial gains that was detrimental to the consumers – both individual and small enterprises.

The backlash over the redesign led Google to reconsider the latest changes, which it said was over the top and suggested that it would experiment further on how it displays search results. In a series of Tweets, the company said “We are experimenting with a change to the current desktop favicons, and will continue to iterate on the design over time.”

Of course, the company has not made any specific recommendations on how they plan to redesign the redesign or what it could do to ensure that ads are differentiated clearly from search results. Barring a commitment to incorporating “feedback from our users”, it didn’t say much more.

However, we don’t expect miracles of any kind. Because the company has, in a not-so-subtle fashion, admitted that web publishers “like having their brand iconography on the search results page,” meaning that whatever changes would come in the future may just be something cosmetic.

Of course, the reason for Google’s latest step is the obvious drop in advertising revenues over recent quarters which has led experts to believe that the overall search revenues may have plateaued. And what better way to add a few dollars than to dress-up ads to look like search results and get people to click on them accidentally?