Home » News » Beware! Your Smartphone Is Dirtier than a Toilet Seat

Beware! Your Smartphone Is Dirtier than a Toilet Seat | TechTree.com

Beware! Your Smartphone Is Dirtier than a Toilet Seat 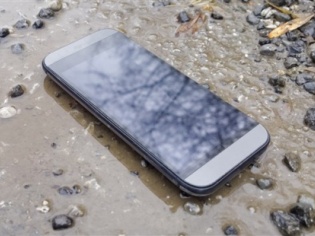 Remember the time dengue had assumed serious epidemic proportions some years ago? That’s when the use of hand cleansers gained momentum, though in recent times very few use it outside of hospitals and fewer still carry a bottle in our bags. Turns out now, that even our smartphones could be the hot seat for infectious diseases.

Yes, you read that right. A recent survey conducted in the US revealed that more than 88% of all smartphone users carried their phones into the water closets (WC) and bathrooms. It identified baby boomers, parents and men as amongst the dirtiest when it comes to using their phones and keeping them clean.

This story was further accentuated by a Twitter poll that ZDnet.com carried earlier this week where close to 60% of respondents admitted that they never once cleaned their smartphones. Not surprising, given that most of us phone users are mortally scared of using water to clean the devices, in spite of the fact that most of these are water-resistant now. Now consider the fact that the smartphone is the one device that travels everywhere that its owner does – the bathroom, kitchen, the bedroom, the office, in public transport etc. And it is constantly used while cooking, in the shower, while eating or even after feeding your pet who gives you an affectionate lick!

Doctors suggest that the phones are now as bad or even worse than toilet seats when it comes to being a veritable playground for germs and viruses with a report published on Initial.com suggesting that germs found on a mobile device include E. coli, Influenza, MRSA (a drug resistant bacterium found in the lung tracts) etc. This Mashable.com video is worth a watch.

Another research conducted by Insurance2Go.com two years ago showed the results of a smartphone swab test in the UK which suggested that a toilet seat and flush had lower amounts of bacteria than the Samsung Galaxy and iPhone used in the tests! “The smartphone screens tested were over ten times more infected than a toilet seat and flush. Bad news considering that we press our phone screens against our faces!” 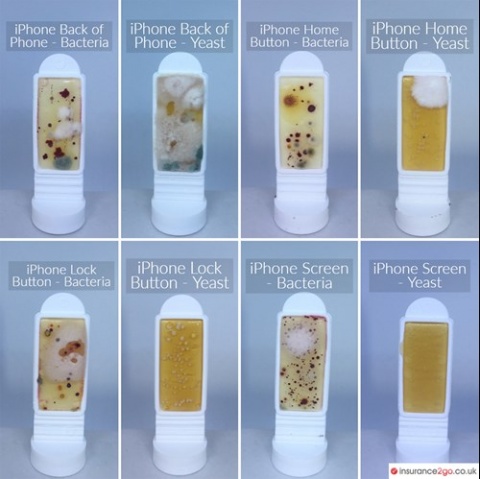 Now think of this: These tests were carried out in the US and UK where levels of hygiene are far more ingrained than it is in India. Since toilet hygiene in our country is virtually non-existent, what could it be doing to our smartphones? Ugh!

The question is how does one clean the phone? Apple has devoted an entire page to give us instructions and so have others. However, since we thought it best to provide a quick cheat sheet to our fast-paced generation though it is up to them to decide whether they want to carry a veritable toilet seat in their pockets or not.

Here is how you can set about cleaning your smartphones:

Remember that the smartphone is the friend that stays with you the most and giving them a quick rub-down would be in your interests as much as those of your friends who may have the propinquity to borrow the device to watch a video or check out some pictures.