Home » News » Did Jeff Bezos Just Get His Smartphone Hacked?

Did Jeff Bezos Just Get His Smartphone Hacked? | TechTree.com

Did Jeff Bezos Just Get His Smartphone Hacked?

A report suggested that the hacking was done via a WhatsApp message sent from a Saudi prince, which now the UN wants investigated 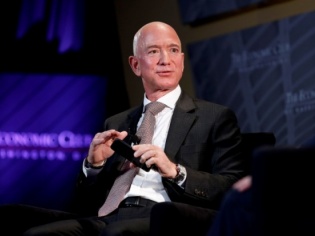 Stories of how Amazon spends millions of dollars to protect its high-flying CEO Jeff Bezos have badgered us for many years now. However, the company appears to have left him vulnerable to cyber-attacks.

A report published in the Guardian suggests that Bezos indeed got his smartphone hacked via a message on WhatsApp that could have potentially come from the device of Saudi crown prince Mohammed bin Salman. What’s more, the United Nations has jumped into the fray claiming that there was method in this madness and sought an immediate investigation.

‘The Guardian’ stuck to form proclaiming that the Amazon boss’s phone was ‘hacked by the Saudi Crown Prince’ while elaborating that the incident, which occurred in 2018, involved the inclusion of a malicious file sent from the crown prince’s device. It went on to add that security analysts concluded that the intrusion was triggered by an infected video file which resulted in large amounts of data getting exfiltrated from the Bezos’s phone.

The fact that Bezos was close to the Saudis with Amazon actually planning to expand their e-commerce reach in the region besides opening AWS data centers in the kingdom. However, things went south between Bezos and Saudi Arabia following the assassination of Washington Post (owned by Bezos) correspondent Jamal Khashoggi in the Kingdom.

In fact, even as the world is grappling with the news and wondering what steps would be appropriate, Bezos himself took to his social media handle to tweet a photo of himself with Khashoggi’s fiancée at a memorial outside the Saudi consulate in Turkey where the columnist was murdered. 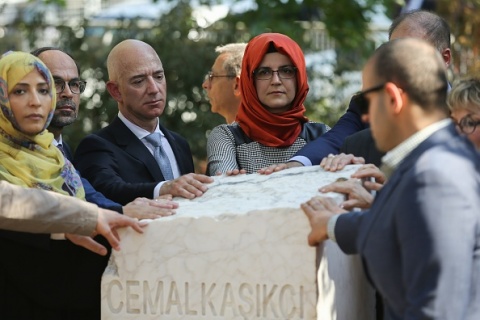 The Saudi government has refuted the Guardian report and also received the support of the US Embassy in the Kingdom which tweeted to suggest that there was no truth in the matter and that it was being investigated. It may be recalled that last March, Amazon’s security boss Gavin de Becker had authored an article on the Daily Beast suggesting that Bezos’ phone was indeed hacked and private data stolen. The article came close on the heels of the public airing of Bezos’ extramarital affair and his resultant divorce.

While matters did not reach any conclusion the last time round, has caused several raised hackles at the United Nations. TechCrunch.com reports that UN experts Anges Callamard and Davie Kaye obtained copies of the forensic report on the phone hack and suggested that there was evidence to suggest that this was part of a “pattern of targeted surveillance of perceived opponents and those of broader strategic importance to the Saudi authorities.”

The experts claimed that the Saudis bought Pegasus malware and used WhatsApp to deliver it to Bezos’ phone. The Facebook-owned WhatsApp has already filed a lawsuit against the NSO Group for using the malware. With the latest news once again reviving the matter, the UN experts are now saying that a probe into the role of the surveillance industry targeting journalists and human rights activists needs to be carried out.

And while all of this is playing out, the question that springs forth is how can one keep data safe on a device if one of the world’s richest men couldn’t do so.