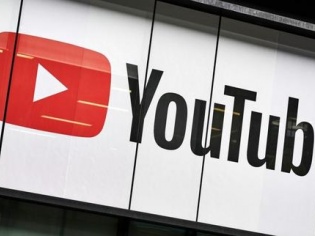 Creating profiles of commenters is a good idea from two perspectives. Firstly, it allows those who are active on a channel to build their own profiles as experts in their chosen domain and secondly, the same system also allows channel owners to keep abusive users and trolls at bay by tracking their histories.

Google-owned YouTube, which is all set to launch their profiling mechanism over the next few days, could be setting a trend for others to follow so that the networks that builds around the social platform is better profiled and users can easily identify the good from the bad – and we do merely mean those who disagree or give a non-complimentary review. A report published on TechCrunch.com says the new profile cards would carry information on YouTubers such as their profile names, subscriptions, profile photos, subscriber counts and comments that is already public at a single place for easy viewing.

The feature would help channel owners or creators identify their biggest fans while also highlighting those that are abusive. Of course, this also means that the profile cards can be used by the trolls themselves to target specific subscribers thus making it a double-edged sword in the battle against profanities.

“It will help you get a sense of what this person is writing. We hope that it will strengthen connections with others in the YouTube community and will help creators recognize some of their best commenters, says YouTube Director of Product Management Tom Leung in the announcement made by the company last September.

How Does It Work?

The profile cards can be used by simply tapping on the profile picture of anyone who’s commenting on anything. The information would appear in a pop-up card as it merely collates the data already available on YouTube. If one is subscribed to a channel, the profile card will note this factor, else one can click on the ‘Subscribe’ link to start following the person.

Of course, the comment history only collates the history of a commenter from a single channel, which means that it does not contain the complete history of the person across all of YouTube. Maybe, that is where the company should be targeting its next milestone if they really want to build communities around commenters.

YouTube is promoting the feature as a means to connect with the community by highlighting the best commenters around while also tracking compulsive abusers and blocking them off the channel. Of course, this could mean that creators or moderators only allow positive comments to their production, which again makes the exercise a futile one.

The feature would be rolled out to the general public in the next few days, starting with the version on Android phones and slowly moving on to others. Even during the testing phase, YouTube saw users not entirely happy with the feature as some commenters felt an opt-out option was essential to maintain context and privacy.

It remains to be seen post the general rollout whether the profile cards actually add to the user experience on YouTube and thereby creates replicas across other social media platforms or gets dumped at sea.

Maybe, that’s something that the trolls would be eager to test out as it is their existence that is under question now.