The company’s filing with the Eurasian Economic Commission suggests that the next MacBook could have a magic keyboard, published reports suggest 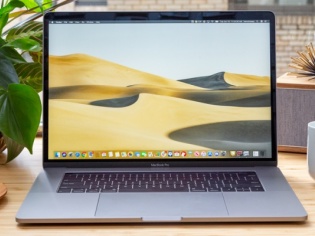 When Apple brought the 16-inch MacBook Pro last year, the world sat up and took notice with reviewer after reviewer going gaga over the device, which many felt was the first real upgrade to the product after at least four years. They verily described it as a dream machine that had the power and the nuance to be everyone’s design and processing companion.

Buoyed by its success, Apple appears to be going for the kill now as the latest submission before the Eurasian Economic Commission (EEC) suggests. The commission has already approved a “portable personal computer” from Apple as per the filing below, made available on the 9to5Mac.com website. 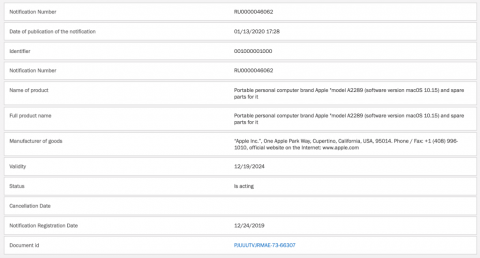 Apple watchers hold the view that the new laptop could have the scissor-switch keyboard from the 16-inch MacBook Pro which means that they would finally let go of the butterfly keys that have adorned the device for many years now.

As per the filings with EEC, Apple had detailed its A2289 model as a “portable personal computer” running the macOS 10.15, which is suggestive that it could be bringing the magic keyboard either the 13-ich MacBook Pro or the MacBook Air.

Since Apple usually holds its events in early Spring to unveil its products, announcement of a new MacBook could just be down the road, though most probably it could make customers refrain from buying new hardware so that they can seek the latest.