Home » News » Facebook’s Solution to Political Ads Is All Bunkum

Facebook’s Solution to Political Ads Is All Bunkum

Instead of banning political ads or exercising an oversight option, Zuckerberg is suckering users into a false sense of control through steps that appear specious at this point First things first. Facebook’s latest blog post is nothing short of a long essay that runs into exactly 1033 words that gives one more information that they could care for as it oscillates between the past, the present and the future, often seamlessly disconnecting them. In case, one has the patience to read through, the theme that gets communicated is quite simple: We are sticking with our policy on political ads based on what Mark Zuckerberg calls free speech.

So, instead of banning political ads altogether or ensuring a fact-check by the publisher, Facebook feels that by opening up its entire library of such ads, it is doing us a favor. “This is an important step in making political ads more transparent and advertisers more accountable: the public can see every ad served to anyone in an easily searchable database,” says the blog post articulated by Rob Leathern, Director of Product Management.

If that is the case, would Facebook also put all the ads that it receives from brands on one library and ask users to figure out which television or smartphone to buy from a repository? The purpose of ads is to sell half-truths with the defined purpose of convincing and converting their customers. Political ads go beyond by spreading toxicity in the system by spreading the same half-truths.

Imagine Facebook existing as an entity in Germany during Hitler’s time or how the British would have used it to convince the residents of our sub-continent about their altruisms such as building a train network or roads and telegraph etc. and asked us to boycott the freedom movement. Given that money power was limited to one side, it wouldn’t be tough to guess the outcome of that Ad blitz. 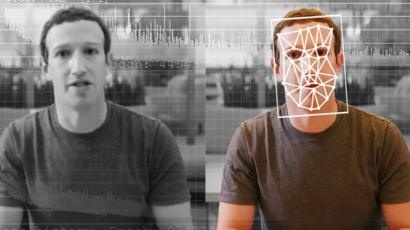 The other measures announced by Facebook include (a) viewing audience size in the library (b) ability to search the library (c) control over audience to hide specific Ads and (d) limit political ads from one’s timeline. So, essentially, Zuckerberg is asking us to be responsible for what we see on our timelines while doubling down on the company’s policy of messing with democracy.

Nowhere in the blog post is there a mention of whether Facebook would have the above four settings as default for the user.

And what is their logic (or data) for doing so? Facebook claims that unlike Google they have chosen not to lit targeting of ads because during their “extensive outreach and consultations” groups such as NGOs, non-profits, political groups and campaigns had expressed favourable views on these tools for reaching key audiences.

Excuse me! Isn’t Facebook about its users? Or has it just turned into a corporate flunky who thinks nothing about selling its users for a fee to elements who probably have more reason to misuse it than some others? Isn’t this argument as specious as those involving gun control? Can a company make weapons and ensure that they keep them away from the hands of the baddies? Can Facebook accept funds from a despot advertising on its platform to control a population by spreading fear and animosity?

Having spent considerable wordage on giving us a series of measures that aren’t even half measures, Facebook goes on to blame the rest of the world in typical Zuckerberg fashion. “Ultimately, we don’t think decisions about political ads should be made by private companies, which is why we are arguing for regulation that would apply across the industry,” the blog says while conveniently side-stepping its own responsibility in self-regulation.

Immediately thereafter, it seeks to soften the blog that Facebook’s policy is based on freedom of speech and adds a gentle reminder that it’s policies on hate speech and harmful content should be enough to rein-in politicians who are not averse to spread canards through their own private troll armies. “We regularly disallow ads from politicians that break our rules,” the blog says at the fag end of the treatise.

Need one say more about how two-faced an approach Facebook has for its stated position?

Would Zuckerberg be open to include a list of such blocked ads in his transparency theme? Maybe, that would be the day we start taking him and his Fake Book seriously!