Hey Google! What More You Can Do at CES2020 | TechTree.com 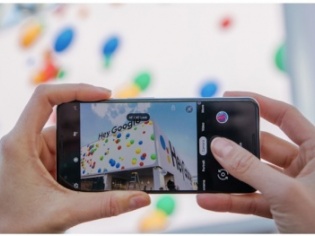 If 2019 was about Google shouting louder than the loudest at the annual tech mart, having built a full-blown amusement park ride, this time round the company appears to have gone low-key by its own standards, focusing only on the company’s voice-powered AI support system that could be making the human mind even more lethargic.

Though the company hasn’t given up on its extravagance with a two-storey booth at the CES event, Google has limited most of its firepower on the Google Assistant and the new stuff that it is now capable of doing, from reading web pages to scheduling actions and even acting as interpreter during business meetings.

The next step could well be analysing the meeting notes and coming up with a slew of decisions that executives and entrepreneurs could choose from – just so that they save time and use the fast-growing artificial intelligence that the company and others of its ilk are propagating to replace the fickle human mind.

Here are some of the things that the Google Assistant has learnt to do over the past twelve months though we are still unsure about how well they would work in real-life situations. Maybe, they would… maybe they won’t. But, here goes: