Not surprising, given that the Play Store had hidden the App about a year ago, though some wonder why they would take this step as Apple brought it back 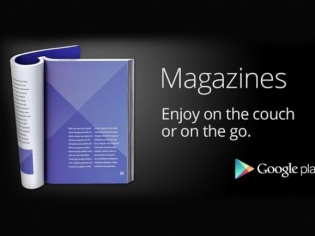 Reading newspapers or magazines online in India has never been a popular activity over the internet and least of all through smartphones. However, in the western world, there were many who believed that they were saving print media by subscribing to their digital editions (usually in a cumbersome PDF format) available via aggregators.

Now one of them has decided to cut the cord. Google has reportedly written a letter to subscribers of its paid magazine service that henceforth they would have to sign up with individual publications for latest issues of magazines as the company has stopped aggregating content from around 200 such publishers.

The report, which was published by Android Police late last week, quoted from the said letter from Google to those who had subscribed for the service. Following the decision, the email said users “won’t be able to purchase new print-replica magazine issues or renew your subscription via Google News. However, you’ll continue to have access to all issues you previously subscribed to in the Google News app, in the Following or Favourites tab, depending on your app version. To continue to read the latest articles, we encourage you to search for that publication in Google News, or visit the publication’s website…”

What is intriguing about the announcement is that though arch-rival Apple had discontinued their digital magazine storefront called Newsstand four years ago, it got resurrected as part of the company’s plans to create News Plus. Of course, both iOS and Android have scores of apps from publishers through which these magazines can be accessed.

Even so, what caused Google to shut down the subscriptions section? The immediate thought that comes to mind in such instances is that the company could be in the process of building something that does away with the PDF and allows Google to use content from the publication to push its own advertising agenda.

In November last, the company had launched a feature on its Google Assistant that could read out news to its users. Google’s Product Manager for News Liz Gannes had said that  when newspapers first came online, their early sites were hard to navigate and search, didn’t link stories together and often published stories on the web after they went to print. Audio is similar today. It’s an evocative, powerful, massively popular and convenient medium—but because the digital experience has lagged, it’s difficult to find things, especially timely, relevant stories that are meaningful to you.

At Google, we saw an opportunity to help move digital audio forward by focusing on audio news. By analysing what’s being said within a given audio file, we can apply our understanding around what text articles are about, how news stories evolve, how topics link together and what might be most relevant to a particular user’s interests,” says Gannes. Which proves that getting rid of PDF editions are definitely part of this mega plan.

And in case, you are one of those who shed a tear thinking about the demise of print media, rejoice as Google would be taking away yet another sensory acuity from us by having news read out to us instead of finding it ourselves.