Google Maps Pervades 98% of the Earth 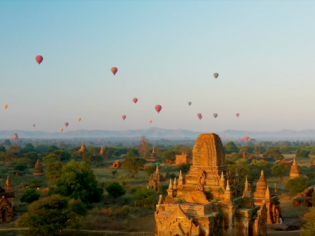 What began as an experiment more than a decade ago, has become a life-saver for travel buffs as well as those of us who hate to admit that we’re lost while driving in unchartered territory. For, Google Maps today covers a whopping 98% of the world’s population, story enough data about the streets that could circumnavigate the earth 400 times.

In what is probably a first in Google’s history, the company has taken to the blogs to share data that reveals the scope of its map product besides also seeking to inform users about the process that it follows to collect the data, collate it and then render it in a way that is easiest to consume for the users on a real time basis.

Thomas Escobar, Senior Product Manager with Google Maps writes in the official blog that “gathering imagery is no small task. It can take anywhere from days to weeks, and requires a fleet of Street View cars, each equipped with nine cameras that capture high-definition imagery from every vantage point possible.”

He goes on to describe the cameras as a-thermal which means they’re designed to handle extreme temperatures without changing focus so that they can function under any weather conditions – from Death Valley in the summer to the snowy mountains of Nepal in winter. “Each street view car includes its own photo processing centre and lidar sensors that use laser beams to accurately measure distance,” he says. However, what is more interesting is Google’s approach where its street cars cannot enter. In such cases, the company relies on backpackers or other modes of transport where their trekker equipment is sent to gather high quality photos from multiple angles. The equipment is carried in boats, on camel or sheep and by humans.

Getting the images is only half the story. The Google official explains that they use a technique called photogrammetry to align and stitch a single set of images that provide critically important details about a location such as roads, lane markings, buildings and rivers etc. and the precise distance between each of these landmarks.

Escobar goes on explain that photogrammetry actually originated in the early 1900s though Google uses a unique approach of utilizing billions of images that gets put into a giant jigsaw puzzle through programming expertise. “By refining our photogrammetry technique over the last 10 years, we’re now able to align imagery from multiple sources–Street View, aerial, and satellite imagery, along with authoritative datasets–with accuracy down to the meter.”

Earlier this year, the company had given a lengthy explanation of how it maps the world and uses machine learning and AI to help the commuting needs of users. In the previous blog, the authors had pointed out that maps were critical to communities as they connected people and helped economies grow through discovery of new businesses.

Looks like this is one product that Google and its parent company Alphabet can crow over, given that there is hardly anyone coming even close to their level of accuracy. Maybe, that’s why Google decided to blow its own trumpet now.

Go on Google, we are listening as your maps do help get us around in this chaotic world!