Home » News » Which Indian City Has the Most Gadget Geeks?

Which Indian City Has the Most Gadget Geeks? | TechTree.com

Which Indian City Has the Most Gadget Geeks?

In case you thought the answer was quite obviously Bengaluru, given the high density of techies, tech companies and start-ups, think again… 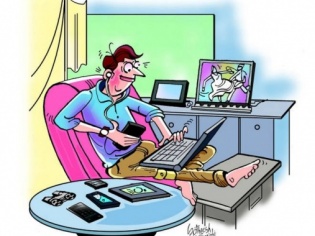 Which Indian city boasts of being the most gadget-friendly in India? Okay! If that’s confusing let’s put it a different spin on the question by asking where in India do we have gadget geeks – those who are the proud possessors of the maximum number of personal technology and gadgets within the confines of the four walls that they call homes?

The immediate answer that comes to mind would be India’s very own Silicon Valley – the city of Bengaluru which has been the hub of techies and is now home to several start-ups that have outgrown the terms and many others trying to do the same. However, a recent research by Mahindra Lifespace Developers Limited (MLDL) suggests that we would be wrong.

Because the survey suggests that it is Chennai that houses the greatest number of Gadget Geeks in India while Pune holds fort at the other end of the spectrum with people using the least number of gadgets per household. A statement from MLDL says the findings were part of research that sought to identify future needs of home buyers and the level of smart-home-device adoption.

The survey, conducted across more than a thousand households across seven Indian cities, had respondents answering questions about the technology available at home ranging from smart TVs, smart lighting, smart watches to voice activated devices and air purifiers. Which means the results could vary drastically if the standard gadgets such as smartphones and ear pods were added!

Says Sunil Sharma, Chief Customer Officer at Mahindra Lifespaces, “Increasing affordability of data plans and wider choice of data-based options in terms of devices and content has resulted in most smart home gadgets being Wi-Fi and Bluetooth-enabled. People are looking to raise convenience & quality of life by raising the tech levels of their home with the latest and innovative gadgets. The homebuyers are now seeking homes compatible with smart home functions as it eases their living in today’s fast-paced world & make it richer.”

He went onto add that, although the survey is light-hearted in nature, it offers some interesting and valuable insights on Indian homes and lifestyles. “These are the first findings from our ‘Life-slices’ series where we’ll be revealing insights and anecdotes about the way Indians live today, their aspirations for the future and how we – within the real estate sector – can best meet them.”

The company statement said that post the survey, responses were collated and tabulated according to the technology to create a householder ranking and basis that a ranking for the city. The higher the ranking, the greater the concentration of technology and gadgets within the city’s homes. Of course, it appears obvious that the survey was conducted across only a certain social segment.

Chennai households topped with 4,255 points reflecting the highest average presence of innovative home gadgets such as VR glasses, VR headsets, smart watches and AI-based systems such as Amazon Echo and Google Home. The national average across seven cities stood at 3,191. The statement goes on to suggest that these insights corroborate other researches that confirms Chennai as the Geek Capital of India.

For instance, Chennai has the highest internet and smart-phone penetration and also exhibits high literacy with respect to technology as compared to other cities. Additionally, as per the latest report by Ookla, Chennai also has the fastest mean download speed for a fixed broadband connection, the statement says.

A close second to Chennai is Hyderabad with 3,542 points, which means Bangalore only gets a third-place score of 3,476 points. The other cities in the research include Gurugram, Jaipur, Mumbai and Pune, the last two mentioned actually bringing up the rear on the list.

No surprises here, given that residents of Gurugram and Bengaluru invest the most in technologies that purify the air that they breathe!