This is one for the comedy corner. Google’s commercial announcing its voice assistant’s prowess in regional Indian languages actually never plays on some Android smartphones 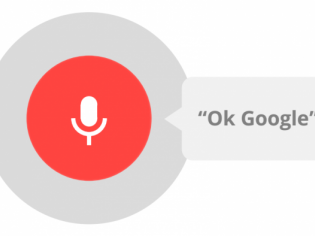 When voice assistants came along, one felt quite elated as being a lazy soul it really helped achieve tasks without having to use the fastest-finger-first approach on the smartphone. Having first baulked at friends who proudly showed off their Siri prowess, I was thrilled when the Google voice assistant came along and all I had to do was say Ok Google!

Life was good for all this while and despite stories of how voice assistants could get hacked into performing unsavoury tricks emerged, I kept faith in my Google Assistant which kept performing tasks as varied as calling up my friend to playing my favourite songs and everything in between. Till something weird happened to me a couple of days ago…

I came across Google’s advertisement that promoted the Assistant in regional languages starting with Hindi. The advertisement which highlights the fact that it was gleaned from real-life events, has been quite a hit. While the above advertisement works well, there’s another one that starts off with saying “Ok Google”.

And then the unthinkable happens. The screen turns to the results play for OK Google where the voice assistant waits for further instructions. And just when you are trying to figure out what happens you are prompted to make your wish to the genie in the bottle!

Meanwhile, the advertisement just disappears from view, leaving you wondering what just happened around here. How come the voice in the advertisement triggered Google Assistant on my smartphone? Isn’t it supposed to recognize my voice and respond to only my commands? Or is it that other Android phones have issues that had popped up with Google released the Pixel 4 series?

Having been flummoxed for a while, I went about doing some research and came up with a page on the Google Nest Help section that actually tackles this issue. Take a look at the page right here and figure out yourself what the problem is.

It is quite clear that users across the world are facing the problem, be it with the words “Ok Google” or “Hey Google”. To check whether it is happening on your Android smartphone, all you need to do is click on this advertisement while using your gadget. And, in case you are having the same issue, drop us a line on the comments section below this article.

What would we then do with it? Well! Nothing much, given that Google seems to have maintained a stoic silence in spite of several users commenting about this glitch on the community help page on their help centre.

Oh! By the way, contrary to what we wrote in the headline, your advertisement doesn’t suck. But something, somewhere does so and at this point it time we can only speculate what it is. Unless, of course someone from the company wakes up and addresses the matter.