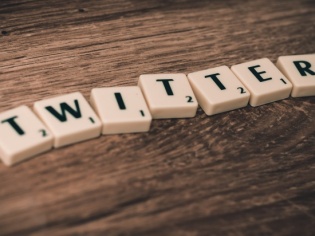 Trust Jack Dorsey to take thought leadership wherever possible. Having spoken out against targeted political ads in the past, now the Twitter CEO seems to have pushed a few privacy buttons that’s resulted in the company launching a Twitter Privacy Centre that would act as a repository of everything related to data and its protection.

The company is says that the new resource would hold all information about Twitter’s initiatives around data privacy and protection, announcements of new privacy norms or products as well as communication related to security incidents that may still take place in a digital world where cyber policing appears to be just one step behind cybercrime.

On the Twitter page, the company goes on to suggest that these efforts would make it easier to “find and learn more about the work we’re doing to keep your data secure, including what data we collect, how we use it, and the controls you have.” Of course, while Dorsey has always been upfront about data privacy, the latest addition could be a result of tumult that social media platforms have been facing off late around this subject.

The impact of Europe’s data protection regulation under the GDPR as well as legal challenges that fellow organizations such as Google and Facebook are facing on account of data privacy concerns could possibly be the path the policy makers at Twitter traversed before coming up with this move that definitely supports some extra dollops of transparency.

The need to be more structured with its data protection could be another factor that edged Twitter to go for an open forum of sorts where information about data-led issues can be brought up. It however remains to be seen how regularly the page gets updated and how far Twitter and Dorsey would go to sustain and grow this transparency.

However, there is something interesting related to the policies that Twitter seems to have placed under the Updates section for its Terms and Privacy Policies. It says that the entity serving Europe wouldn’t be Twitter but Twitter International Company, thus enabling it to test features and settings for users in the region alone and possibly have added controls that other users do not get.

Which should automatically make users from other countries wary. For example, would Twitter consider similar steps for Indian users, especially since data privacy and protection isn’t exactly on the top of New Delhi’s agenda at this time or even in the past. Barring the hue and cry raised over the WhatsApp data leakage, Indian administrators seem pretty lax when it comes to data privacy.

“It’s so common to hear tech companies say: “Privacy is not a privilege; it is a fundamental right” that those words have become a cliché. People have become desensitized to hearing companies say, “we value your privacy,” and are worn out from being asked to accept privacy policies that they rarely, if ever, even read,” the duo says.

“Many companies make these declarations without even showing people what actions they are taking to protect their privacy,” they continue before stating it as it should be: “And let's be honest, we have room for improvement too. We believe companies should be accountable to the people that trust them with their personal information, and responsible not only to protect that information but to explain how they do it.”

All very fine gents, but the question is we’ve seen some action after a lot of words. Let’s await for some more before we actually accept that Twitter does deserve the thought leadership in this matter, especially at a time where competition is ducking for cover.