It’s an annual exercise that turns a few eyebrows without bringing about any significant change to the smartphone ecosystem. So, when both Apple and Google released their list of best apps on Apple Store and Play Store, the collective reaction was, “Ho-Hum, so what’s new and why is everyone making a fuss?”

For starters, Apple actually had a real-world event to celebrate its winners for the first time in its history. And Google was hard-pressed for time to organize one so they merely released the list via a blog post as has been the case in the past. Of course, even Apple managed to get all the data up on their blog, just so that journalists who ignored the even still had access.

For the record, here are the results from both Apple and Google’s competition… that is if there was indeed one to select the App of the year. The AI-powered Spectre Camera app was crowned the App of the Year by Apple while Sky: Children of Light was given the honor of being the best game on its store front. 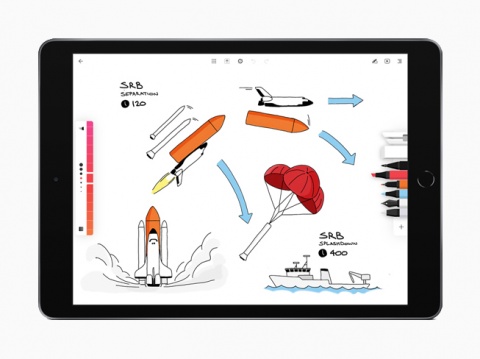 Google gave the best app winner to Alo, the dubbed video messaging app while Call of Duty was its best game. In fact, Apple’s selections were a combination of the arty ones to the practical where the company anointed Affinity’s desktop publishing app as the best one for the Mac ecosystem. In case you want to check out their lists, do so here: Apple’s Best and Google’s Best.

Of course, there are those who question Apple’s choice of Hyper Light Drifter as the best iPad game when it had debuted on PCs and the Mac at least three years ago as is the case with Sayonara Wild Hearts that was the choice of Apple Arcade’s games though the title is one that straddles across platforms.

So, one wonders as to what’s the purpose over this brouhaha? Media reports suggested that Apple’s event held in New York actually got the winning developers on stage to demonstrate their apps and games, not very different from the company’s Design Awards held at the Apple Worldwide Developers’ Conference each year. Of course, this time the presentations were made to the press and not the company officials!

“Developers around the world inspire us all with innovative apps that have the power to influence culture and change our lives, and this year that is as true as ever. The 2019 App Store Best Apps and Games winners reflect our global desire for connection, creativity and fun,” Phil Schiller, Apple’s senior vice president of Worldwide Marketing is quoted as saying in the company’s blog. “We are excited to announce such a diverse group of 2019 App Store winners, showing that great design and creativity comes from developers large and small, and from every corner of the world. We congratulate all the winners and thank them for making 2019 the best year yet for the App Store.” Google was either caught off-guard or doesn’t think too highly of the achievement of the app builders on their ecosystem. In a blog post, the company says, “2019 took us to distant worlds and brought us together with new apps, games, movies and books. We answered the Call of Duty, made photos move, and went back to Gilead—it was an amazing year from beginning to Endgame. Now, we’re celebrating the year’s top content across Google Play.”

What follows next appears to be quite the mundane. Giving credit to users for crowning their favourites, the blog asks us to explore the lists below to “see what the Google Play editors loved and what topped the charts in US entertainment this year.”

Meaning that the list isn’t really representative of how users have chosen apps across the world. So, in case you are surprised by some names on the list, remember that it is just limited to the United States.

So, why all this fuss? Err! And why did we at Techtree.com report all this anyways?