The question though is while one can transfer data from Facebook to another platform, wouldn’t the company retain the value it garnered by analysing one’s photos in the past 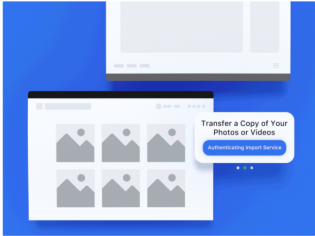 The easiest way to retain consumers is to make it tough for them to move over to some comparable competitor. And, over the years Facebook has made it not just tough but well-nigh impossible for users to move from one social platform to another, because it is next to impossible to port over one’s friends and other assets from Facebook to elsewhere.

Of course, one may argue that there isn’t any ‘elsewhere’ as of now, but isn’t that also a result of a total absence of any escape routes out of Facebook? Isn’t that what the Federal Trade Commission is actually considering while reviewing whether and if so how much of fines the social media giant should cough up for its monopolistic policies.

Having faced the heat over a considerable length of time, it looks like Facebook is all set to thaw out some of its privacy policies by announcing the launch of a photo transfer tool that allows users to port over their photographs directly to another one, such as Google’s photo storage service, via encrypted transfer.

The new feature has gone live in Ireland where Facebook’s international headquarters is based out of. And, the company claims that the new app is still in testing phase and would be tweaked based on feedback from early users before making it available for worldwide users sometime during the first six months of 2020.

In a blog post published by Facebook, its director of Privacy and Public Policy Steve Satterfield says, “At Facebook, we believe that if you share data with one service, you should be able to move it to another. That’s the principle of data portability, which gives people control and choice while also encouraging innovation.” Ahem! We believe you Steve!

He goes on to quote a white paper that Facebook published on privacy matters and the discussions that followed with stakeholders around the world about how data should be portable and how to ensure its privacy protection at all times. Satterfield further informs us that Facebook would start with Google Photos initially but would serve others such as Apple, Microsoft, Twitter and others.

“We’ve learned from our conversations with policymakers, regulators, academics, advocates and others that real-world use cases and tools will help drive policy discussions forward. That’s why we’re developing new products that consider the feedback we’ve received and will help drive data portability policies forward by giving people and experts a tool to assess,” says Satterfield.

The code has been formulated and developed based on Facebook’s participation in a Data Transfer Project involving a collaborative effort between five tech giants viz., Apple, Google, Facebook, Microsoft and Twitter, who jointly committed to build a “common framework with open-source code” that can connect any two online service providers, enabling seamless data portability.

The Data Transfer Project uses services’ existing APIs and authorization mechanisms to access data. It then uses service specific adapters to transfer that data into a common format, and then back into the new service’s API. The project aims for users to be in control of their data on the web, of which movement of data is one part.

“Currently users can download a copy of their data from most services, but that is only half the battle in terms of moving their data. DTP aims make move data between providers significantly easier for users,” says the write-up about the project which was initiated in July of 2018 to create an open-source, service-to-service data portability platform.

Of course, all of this begs the big question – Aren’t the Big-5 actually creating a cartel whereby users can at best move from one to the other? If so, shouldn’t the FTC and in parallel other anti-competition agencies be looking at these changes under a microscope?

While it is a fact that ability to port over data from one platform to the other would encourage people to feel in charge, what remains to be seen is whether even this level of control would be good enough for those who want to escape from the clutches of social platforms that are increasingly making our lives akin to an open window and creating emotional challenges.

Given that Facebook processes user data such as photos to capture personal insights that are then used to target advertisements, would it prudent to assume that though the data has been ported over to newer platforms, wouldn’t Facebook have already derived the value that it seeks from having had them on their platform for such a long time?