The Huawei Group launched its first dual-mode 5G smartphones in China with no specific reference of bringing it into India, given that the country is still some way away from shifting from 4G 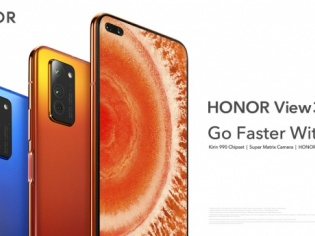 While 5G networks are still being rolled out in various parts of the world, smartphone manufacturers are working overtime to get the hardware ready for what promises to usher in a major change in the way we communicate. Of course, one may argue that the industry is putting the cart before the horse, but why not? Early birds such as Huawei Group of China may just be hoping to catch the early adapters.

The latest to join the 5G bandwagon is Chinese brand Honor which unveiled their new View30 Series, described as their first dual-mode device. The Honor View30 and the View 30 PRO have been branded as the company’s first suite of handsets equipped with the Kirin 990 chipset that supports a dual-mode 5G all-access network. Of course, the phones will be only available in China initially, given that they do have access to 5G telephony.

Okay, so what’s the big fuss about the dual-mode? There are essentially two types of 5G – the non-standalone (NSA) and the standalone (SA) that communication service providers can opt for while transitioning from 4G to the next generation mobile technology. The first rollout of 5G networks are NSA that focus on enhanced mobile broadband to provide higher data bandwidth and reliable connectivity.

Under the NSA scheme of things, the 5G networks would be aided by existing 4G infrastructure which is why service providers who go after the early adapters want to be the first ones to offer 5G speeds, which once things stabilize and coverage broadens gets converted to the SG mode. With the Honor View30 Series, Honor is hoping to catch the attention of these very early adapters. (Know more about the NSA and SA modes)

In a statement, President of Honor George Zhao reiterated the company’s commitment to empower individuals for leading a more connected and intelligent life in the 5G enabled world and said, “A 5G-enabled smartphone will change how we live, work and play and paves the way for boundless opportunities in the Internet of Things. Boasting the latest Kirin 990 processor series and the world’s first Aurora nanotexture design, the HONOR View30 Series is our most innovative and compelling smartphone to-date which we believe will bring spectacular impacts to the daily lives of people around the world.”

It will also be equipped with 5G/4G dual-mode, which addresses the needs of dual-SIM users in the 5G era while maintaining compatibility with other various network standards such as 4G, 3G and 2G. Armed with the latest Kirin 990 Series chipset, the Honor View30 and View30 PRO would enable a multitude of 5G applications in smart homes, travel and gaming.

The cameras: While the PRO is embellished with a super-sensing triple camera layout comprising a 40-megapixel Sony IMX600 main camera, a 12-megapixel super wide-angle camera with cine lens and an 8MP telephoto camera, the View30’s wide angle camera has 8 megapixels. The cine-camera is supported with a four-in-one light fusion from an RGGB sensor and a 109-degree super wide-angle lens, with a 16:9 sensor to create movie-grade videos and images. It also boasts of a dual-lens front camera with a 32MP AI selfie camera and an 8MP wide angle selfie camera.

For Gamers: The View30 and the PRO versions are equipped with GPU Turbo and Kirin Gaming+ 2.0 with the company claiming that it produces top-notch gaming experience. Both smartphones support Honor Supercharge that enables gaming enthusiasts to power-up their devices in a considerably shorter time of up to 52% in 30 minutes. The PRO edition supports super wireless charge as well.