Sundar Pichai’s email to all staffers over the decision to reduce townhall meetings, purportedly the source of media leaks, was itself leaked to the media 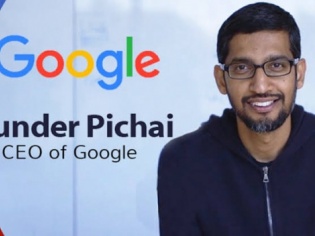 Google is turning over a new leaf. Oh wait! It is actually turning over a leaf that is as old as civilization and was never part of the company’s DNA in its more than twenty years of existence. The company has drastically cut down its weekly all-hands-on meetings because it found the contents of such debates on some website or the other, sometimes as early as within twenty-four hours.

Of course, every enterprise is free to determine what it wants to share and what it would rather conceal from the media. The real bummer is that Google believes that these internal discussions, known by the rather whacky name of “TGIF” meetings will no longer discuss anything beyond product and business strategy.

At least, that is what CEO Sundar Pichai says in an email to the staff that was accessed by The Verge and published last week. So, what’s the real problem here? Quite simply that the TGIF meetings were a symbol of the company’s transparent corporate culture that generated euphoria across the United States and the rest of the world where Google had offices.

The meetings presented a forum for the employees to discuss anything and everything with the management, right from plans on product and business strategy to issues that resulted from the company’s policies or even matters related to political concerns of the staff.

Coming as it does barely a month after Facebook staffers took on CEO Mark Zuckerberg over the political ads issue, questions are bound to be asked about the real reasons why Sundar Pichai sent out the email to all-staff where categorically suggests that “TGIF has traditional provided a place to come together, share progress, and ask questions, but it’s not working in its current form.”

He goes on to suggest that employees come to TGIF with different expectations, some wanting to hear about product launches and business strategies while others seek answers on other topics. “Only about 25 percent of the company watches the meeting each week,” says Pichai who goes on to point out that there was a coordinated effort to share its conversations outside of the company, which have in turn affected Google’s ability to use TGIF for candid conversations.

In the past Google staff has protested several issues at the company including its collaboration with the Pentagon to start a censored Chinese search engine. In fact, some employees recently charged the company of workplace surveillance where it was alleged that any staffer creating a calendar event with more than 10 rooms or 100 participants were getting automatically reported.

There were also reports that staffers organized walkouts via company emails and could face retaliation from the tech giant, which could also be facing the heat over reports that its contractors in Pittsburgh had voted create a trade union. The “Google Walkout for Real Change” was announced via Twitter where staffers organized a sit-in-protest at some centers recently.

Bloomberg had reported last week that the company had fired an employee and put two others on leave for allegedly leaking information related to personal details of staff to the media, which Google said was in violation of their policies. The report quoted a Google spokeswoman as saying that the company is investigating the employees who were placed on leave. One of them had searched for and shared confidential documents outside the scope of their job, while the other tracked the individual calendars of staff working in the community platforms, human resources, and communications teams, she said. The tracking had made the staff in those departments feel unsafe.

Did all of these events culminate in that email from Sundar Pichai? Or was it that the company didn’t want to waste time on an event where viewership had declined from 80% some years ago to barely 25% now? If so, would it have made sense for the powers at Google to make the event more interesting, instead of reducing its frequency from weekly to monthly?

These are questions that would bother those of us who have looked up to Google as a model corporation that brought transparency to the forefront on everything that it purveyed.