Home » News » Finally, Apple Turns Its Attention to the MacBook

Finally, Apple Turns Its Attention to the MacBook | TechTree.com

Finally, Apple Turns Its Attention to the MacBook

Launches the MacBook Pro 16 as part of its effort to rectify a series of issues that had crept into the laptop, a segment the company has ignored for a while now 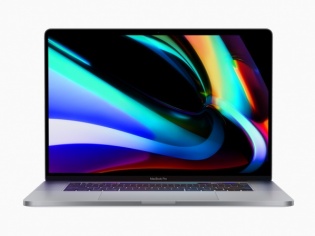 Apple under Tim Cook appeared to have totally ignored the MacBook, once it’s flag-bearer in the field of computing and gadgetry, having focused instead on smartphones, wearables and the tablet. And, so we had multiple versions of the iPhone, the iPad and the Apple Watch, not to mention the Air Pods, while the MacBook languished somewhere at the bottom of Cook’s priority list.

However, given the sharp fall from grace of the MacBook in the still lucrative notebook market, Cook’s decision to revisit this segment hasn’t come a day too soon. The new MacBook Pro 16-inch is both a brave attempt to accept the sins of earlier models and seek to fix at least some of those through an offering that looks to build its brand around people and their need for creativity.

In the press statement, Apple starts of making a big claim that the new MacBook is the world’s best notebook designed for developers, photographers, filmmakers, scientists, music producers and anyone who relies on a Mac to create their life’s best work. Of course, opinion is divided post the launch among the media as to whether Tim Cook has indeed succeeded in reviving the notebook. 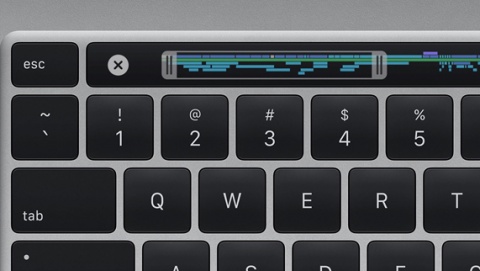 Writing in the Wired.com, Justin J. Wee believes that the new gadget pretty much offers a better keyboard and little else. “Keyboard aside, the new MacBook Pro is very much like its predecessors, except in one particular important way: It is heavier and thicker.” As for the keyboard, the company has returned to the tried-and-tested ones that it used before shifting to the butterfly switch system in 2015 to reduce the overall weight and left users complaining about broken keys.

The author describes this move as “Apple’s biggest blunder in recent memory” and points out that the keyboard on the MacBook Pro 16 travels one millimeter now as against 0.7-mm in the earlier models. In addition, there is a rubber dome under each keycap that offers a more responsive keypress besides preventing any wobbling. In fact, so confident is Apple with its new keyboard that it’s not including the latest model in its keyboard repair program, says Justin.

However, Mathew Panzarino is more liberal to the newly launched MacBook. Writing in TechCrunch.com, he says that the new MacBook is an attempt to rectify most, if not all, of the major complaints of its most loyal and vocal users with regard to keyboards, low RAM ceilings and anemic graphics offerings. “It’s a machine that offers a massive number of upsides for what appears to be a handful of easily justifiable trade-offs,” he says while pointing out that it has better graphics, a bigger display without enhancing the overall size, better battery and the completely new keyboard.

So, what exactly does the new machine offer? The paragraphs below are a summation of what various writers who got to test out the MacBook Pro 16 post the launch have had to say:

Looks like the MacBook Pro could enthrall users of the 2015 version to go for an upgrade, thanks to the better storage, larger screen, redesigned keyboard and better battery life as claimed by Apple. In many ways the Apple MacBook Pro 16 is actually for professionals as its television commercial claims.

Is it enough to bring back the MacBook into focus? Well, that’s something that only time will tell and meanwhile, Tim Cook has already gotten busy with the next line of iPhones and other stuff for next September.