Home » News » Instagram All Set to Shut Down Stalking App

Instagram All Set to Shut Down Stalking App | TechTree.com 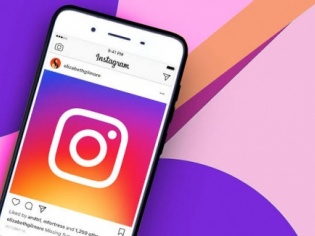 Close on the heels of the flak that Facebook received over political advertising followed by reports of spyware getting installed on WhatsApp, now reports are emerging that another similar external app that could help Instagram users to keep tabs on what their near and dear ones were up to. The app, suggestively titled Live Patrol, was available on Apple phones only, and at a weekly cost of $2.99.

The app, which scrapped Instagram data, allowed users to snoop on their targets by tracking whom they were interacting with. So, if one wanted to find out specifically who all have liked a particular post or commented on it in the Instagram feed, they could do so by using the app. If this isn’t creepiness redefined, what is?

Earlier, the app was referencing data from Instagram’s own “Following” tab which showed how a user interacted with her community through their conversations and actions. With Instagram discontinuing the tab, Like Patrol developed its own algorithms to do precisely that but delivered results that were in sync with what stalkers wanted.

For those who weren’t aware of the Following tab, it allowed users to see what posts and accounts their friends were engaging with. Instagram introduced it in 2011 to help new users find people to follow but with not many not wanting to use it, they decided to remove last month. “We’re always working to make Instagram the best space to connect with the people and things you love. While this includes introducing new features, it also means removing old ones that may no longer be useful,” a company spokesperson had said.

However, with Like Patrol replicating the same process, it was left to alert journalists at CNET to point out this flaw to Instagram who immediately sent a cease and desist order for violating the company’s rules that governed scrapping of data.

A spokesperson from Facebook was quoted by CNET as saying that scrapping violated the company’s policies and would bring action against those who are found to be engaging in it. The company also revealed that it was reviewing other apps from Like Patrol's developer that could be violating development guidelines.

Live Patrol made no bones about the business they were in. “New guy? New girl? What are they up to on Instagram?” the company said unequivocally stating that they were happy to help stalkers. The app not only sends notifications every time anyone who is the target likes a post or comments or receive the same from their network.

Not just that, it breaks down the data down by gender and provides a list of persons that the target contacts or interacts in any fashion on Instagram. It claimed that the algorithms could even alert you when the target likes a post from people considered attractive!

Given the backlash that Facebook is facing over the issue relating to Pegasus software that could decrypt and read video and audio messages on WhatsApp, the latest stalking controversy is something that it should avoid at any cost. Small wonder, that it banned Like Patrol from Facebook too and is actively reviewing other apps there.