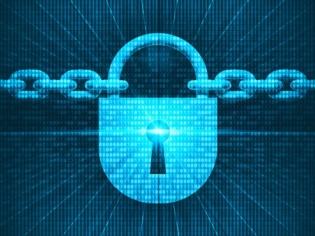 End-to-end data encryption (e2e) of personal messages on social messenger platforms seem to be raising hackles across the world and for once both governments and civil rights activists turning up on the same side of the debate. While politicians argue that such encryption encourages terror suspects, the latter believe that it helps child abusers fly under the radar.

Both sides have started off by asking social media platform Facebook to reconsider its plans to encrypt its Messenger service, having already done so with WhatsApp many months ago. The detractors say that such a move could create an “unsafe space” on the world wide web that may render it a safe haven of sorts for terrorists and abusers.

This is not the first time that data encryption has been a point of dispute. The FBI-Apple dispute came to fore came to fore in 2015-16 when the tech giant received and objected to orders from US courts to assist the Federal authorities in unlocking and decrypting data stored on the iPhone of one of the terrorists involved in an attack at San Bernardino in California that killed 14 people.

The matter came to fore once again via a letter from British Home Secretary Priti Patel to Facebook boss Mark Zuckerberg and copied to her counterparts in the United States and Australia who suggested that encryption impedes law enforcement agencies from probing criminals and asked Facebook to work with them on finding means to help.

Zuckerberg has not taken kindly to the letter explaining that there were other ways for law enforcers to nab criminals. A Reuters report quotes him to say that child safety too could be ensured through other means instead of banning encryption from messaging apps. It may be recalled that Apple, Google and Microsoft had earlier rejected the ghost user idea on the grounds of user privacy.

Privacy advocates believe that governments and enforcement agencies can continue to use data from these apps to track communication online with user data, time of communication, location etc. and argue that it would be naïve to believe that those perpetrating terror would use anything but coded language even on messaging apps.

In a chat with Techtree.com, a security expert who consults with the government of India on decryption believes privacy cannot be an overarching rule in a world that is increasingly fissiparous. “Technology companies need to have a backdoor with the governments with built-in safeguards on who has access to data and how it can be kept safe from officials who snoop without good reason.”

Facebook’s opposition to what it calls “building backdoors” because they undermine the privacy and security of people everywhere” does not hold water in today’s world, says the expert who wishes to remain anonymous. It is not as if, all data is required at all times. These are exceptions and tech companies need to accept that their users aren’t always above board and also that they have as much of a role to play to make the world a safer place as law enforcement agencies.

A report published in iNews quotes security experts to suggest that any such moves by government would amount to infringing people’s right to privacy. The article quotes Achim Brucker of the University of Sheffield to suggest that it was a mistake to present encryption as the bad guy because it enables amazing technology that is now used for simplifying lives, like banking and online shopping.

Brucker and others also argue that though agencies cannot read the content, they continue to have access to other details from the messaging apps. The cops can easily plant malware on a chosen device and get access to data either before the encryption on the sender’s device or immediately after decryption at the receiver’s device.

However, those favoring limited access to encrypted data suggest that these steps require time and often that is in short supply while tackling terror across the world. While privacy is critical in a democracy it has to play second fiddle to governance of freedom, says the Indian expert, who reminds us that mobile phone companies do offer access to their texting services.

At which point the privacy advocators claim that it was because of this erroneous step that text messaging has fallen off the radar of people seeking to communicate via smartphones. If we do the same with messaging apps, the terrorists and child abusers are likely to find some other means to communicate, they say.

There appears no simple solution in the offing to this debate, till such time as technology discovers a solution to decrypt data for the law enforcers while keeping it secure from the rest of the world.