While the author would continue to see the likes, those clicking on the button will not be able to see how many of these a post has garnered 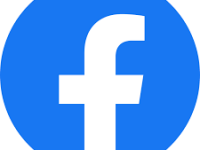 Many moons ago, Mark Zuckerberg had commented that time spent on the website was not a goal by itself. “We want the time people spend on Facebook to encourage meaningful social interactions.” This after research suggested that users could suffer mental agony caused by the manner in which social platforms measure the success of a post.

A report published in TechCrunch.com suggests that starting yesterday, Facebook launched a feature in Australia whereby only the author of a post would be able to see the number of likes she has received while those actually liking them would see nothing. Author Josh Constine says this test will run in parallel to Instagram’s hidden Like count feature that tested first in Canada.

What’s interesting is that those who are curious about the number of likes that a post received could still be able to click on the Like button and count the numbers but then Facebook believes that it is helping users remain secure by not showcasing the number of likes upfront. “Without a big number of friends’ posts that could make users feel insignificant, or a low number on their own posts announcing their poor reception, users might feel more carefree on Facebook,” says Constine.

Of course, removing the Like count could also stop users from going and hitting the button just because they do not want to be left out. In fact, the trend that one observes on the platform is that users tend to respond with likes of their own only if the author of the post has gone and liked their own posts in the past. It is a sort of tit-for-tat approach in a positive fashion.

A study conducted some years ago by a team at Institute of Information Systems in German suggested that about one-fifth of all envy-inducing moments on the Internet emanated from users on the Facebook platform. The study goes on to demonstrate that users tend to report low self-esteem in case some of their friends on the network happen to be celebrities.

While this may be true for individuals, the bigger question before Facebook would be the impact of such a move on pages owned and managed by celebrities or big brands. Both these categories rely heavily on the same herd mentality that Facebook is attempting to restrict through this experiment. If a brand cannot display the Likes below a post, what chances does it have to secure more?

That being the case, how does Facebook then push its targeted display of posts based on user groups, geography and a host of other unique aspects? Constine writes that some Canadian influencers had complained about it post the tests on Instagram but thus far there has been no conclusive data to prove that Facebook uses the number of Likes on its ranking algorithm.

Of course, the fact remains that for its ads to work and revenues to grow, Facebook needs to ensure that its loyal users remain so and the only way to ensure that is to focus on their well-being.

In a comment during an earnings call, Zuckerberg had quoted research to suggest that interacting with friends and family on social media tends to be more meaningful and can be good for our well-being, and that’s time well spent. But, when we just passively consume content, that may be less true.”

Maybe, that’s precisely what Facebook should aim for. To get users to interact with their network of friends and family and take steps to keep them away from passive browsing.