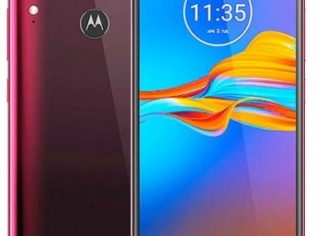 Motorola is expected to roll out its new E-series phone in India on September 16. The Moto E6 Plus was first launched at IFA 2019 in Berlin this month. In a week’s time, the company plans to launch a rebranded version of Moto E6 Plus to be called Moto E6s in India. The company is now hosting an event in New Delhi on September 16 for the launch.
The Moto E6s is expected to be priced below Rs 10,000 and will be available exclusively through Flipkart. The teaser page on Flipkart reveals the launch event with greater detail.
The Moto E6s will be a budget smartphone similar to previous Moto E series devices. The smartphone is confirmed to feature a 6.1-inch display bearing HD+ resolution. There is a waterdrop notch on the top and a thick chin at the bottom. The back panel of the phone houses a dual rear camera setup and a fingerprint scanner embedded in the Moto logo.
The Flipkart teaser also reveals a 13MP primary rear camera accompanied by a 2MP depth sensor. On the front, the device may be fitted with an 8MP selfie snapper. The Moto E6s is expected to ship in Maroon and Grey colors with glossy finishes.
The teased specs of the upcoming Moto E6s match with those of the Moto E6 Plus. However, the former may arrive with only 4GB RAM and 64GB storage. The E6 Plus is being offered in 2GB+32GB and 4GB+64GB variants. The Moto E6s is also expected to be powered by the same Helio P22 chipset and be backed by a 3,000mAh battery unit. Some believe, it can be a stiff competition to Realme 5, and Xiaomi cellphones.
Besides the expected smartphone, Motorola will also be announcing its first smart TV at a launch event next week. The Motorola smart TV will also sell exclusively via Flipkart. The Smart TV is reportedly loaded with a 30W speaker a DTS TruSurround and Dolby Audio,  offering a more home theater-like experience. More details about the Smart TV will be unveiled at the event.
This is the first time Motorola is entering into the TV segment. The company will face stiff competition with the likes of Samsung and Xiaomi, among others. Xiaomi has already confirmed that it will launch a new Smart TV with 65-inch 4K display on September 17. OnePlus also said it is launching its first Smart TV in India in the coming months.