The phone comes with a 13 MP camera and is powered by Helio P22 chip.

Huawei has announced Honor Play 8 in China. Despite its Play moniker, the handset is powered by not-so-powerful Mediatek Helio processor. The phone has a unique horizontal dual finish on the back. Moving on to the front, you get slim bezels with a waterdrop notch to hold a front-facing camera. It, however, has quite a thick chin. 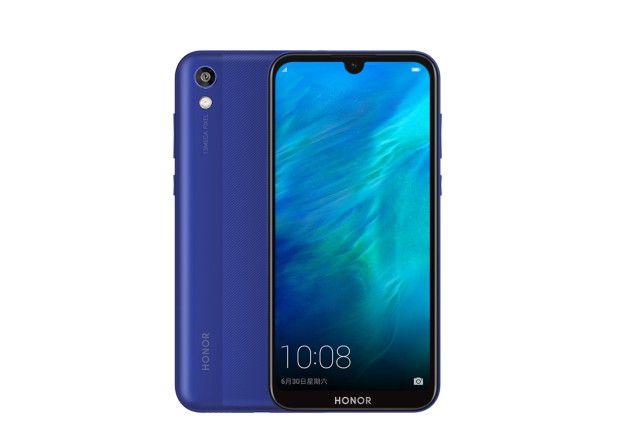 The phone features a 5.7-inch HD+ IPS display. It offers a pixel density of 294 ppi. The screen seems to lack any kind of scratch resistant layer. The phone houses a MediaTek's Helio A22 chip, which is build using 12 nm technology. The gaming bit is handled by the PowerVR GE8300 GPU. The phone has 2 GB of RAM, 32 GB of internal storage, and a microSD card slot.
The Honor Play 8 comes with a regular 13 MP rear camera with an LED flash. It has a 5 MP front-facing camera for selfies. The phone offers dual SIM support, Wi-Fi, Bluetooth 5.0, and A-GPS. The phone holds a 3020 battery. The device runs Android 9.0 Pie with Honor's EMUI 9.0 on top.
The phone costs 599 yuan, which is about Rs 6,000. It is clear from the price information that this phone is meant to compete with Xiaomi's Redmi Go. As of now, there's no word on its launch or pricing details outside China.