Home » News » Why Google’s Closing Down ‘Inbox by Gmail’ Is Not End Of The Wor...

Why Google’s Closing Down ‘Inbox by Gmail’ Is Not End Of The World?

‘Inbox by Gmail’ is shutting down. But users can avail of other email app services. Here’s how 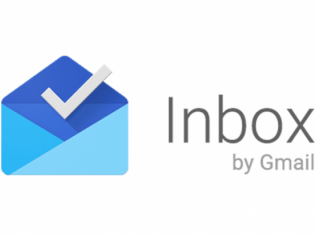 Google+ isn't the only product Google is shutting down. Another important standalone application is also seeing an untimely death today. It’s none other than ‘Inbox by Gmail’.

Google launched ‘Inbox by Gmail’ standalone application in the summer of 2015, giving Gmail users an option to use a new interface on iOS and Android. Featuring unique interface and many new features, the Inbox by Gmail offered new experience to users who had looking for more from their email clients.

But hang on! Shutting down of ‘Inbox by Gmail’ however should come as no surprise to users, as back in September 2018, Google announced that it will shut down the service at the end of March 2019. Users can be spoilt with choice on other email app services.

What’s up with Gmail

With the main apps offering more or less same experience, Google has decided to pull the plug on its Inbox app. “We are saying goodbye to Inbox at the end of March 2019. While we were here, we found a new way to email with ideas like snooze, nudges, Smart Reply and more,” said Google in its official notification mail.

Most of the popular features of Inbox are now available on Gmail. For instance you can now “snooze emails” in the main app. For reminders, you can use follow-up “nudges” with suggestions to either reply or respond. The right-click has been updated with newer features. Inbox’s biggest feature “smart reply” is now also available in Gmail.

Users can also try Gmail for some of the key Inbox features. Those who used pins can now try “stars” to label an email thread. You can also try adding a custom label on the thread or certain type of emails. Gmail’s in-app search also allows users to search for labeled messages.

You can set and personalize notifications on your phones for certain Gmail labels. Google also offers a set of rules to filter emails.

Users can check out reminders in the Google Search Assistant. Through Reminders Takeout, you can see past reminders. The built-in tasks module allows you to keep track of your to-do lists.

Considering Inbox won’t be available now, here are some alternative email management apps that can be used as replacements.

Microsoft Outlook is the most popular dedicated email app by Microsoft that provides a unified email inbox, support for multiple email accounts, and a “Focused” Inbox that seems to be similar to “Inbox by Gmail”. It is equipped with third-party app integration, and dedicated search section. The app also supports contacts sync providing you an alternative to Google sync to backup your contacts.

Spike is another alternative which tries to reinvent the formula of emails in its own different way. The app comes with support for dark mode while adding a “Priority” inbox to sort mails that it thinks are of utmost importance to the user. In addition to that, it has an “Email messenger” that allows for a chat in real time in different groups.

Airmail packs a number of modern features that qualify it for a worthy sequel of “Inbox by Gmail”. These features include unified inbox for different email services, support for split-screen view on the iPad, rich in-app actions to emails including turning an email into PDF, sending the email Calendar or Reminder, adding it to the to-do list, applying labels, snoozing, or even bouncing it. The app also comes with a dedicated app for Apple Watch and iCloud Sync.

Blue Mail is a popular email management app on Android with support for multiple email services. The app interface provides a unified inbox along with quick access to dedicated email services on the top. It also comes with built-in Calendar sync and a dedicated mode for emails that are focused on ‘people and groups’. In addition to the unified inbox, the app also allows users to create unified drafts, unified, sent unified trash, unified spam, unified outbox, and unified archive folders.